Update (10 October 2018): The fix has finally been merged and is rolling out to the users via October security update. You can download the full OTA image and factory image now

Update (15 August 2018): A Google spokesperson told The Verge – “We’re aware of an issue where non-Power Delivery (PD) USB-C chargers no longer rapidly charge the 2016 Pixel and Pixel XL after the upgrade to Android 9 Pie, the 18W rapid charger included in-box is a PD charger and does not exhibit this behavior. We are verifying a fix for non-PD USB-C chargers and will roll it out in the coming weeks“. This means, that the issue shall be fixed soon via a software update, that will be rolled out to the 2016 Pixel XL users in coming weeks.

Usually, we see the developer previews/beta builds bringing a fair share of bugs. And then the stable release which is clean from most of the reported glitches. However, this is not the case with the latest Android 9.0 Pie update on the Pixel XL. Apparently, many 2016 Google Pixel XL users are facing Fast Charging issues after the Android Pie update.

Strangely enough, other Pixel devices including the original Pixel, Pixel 2, and Pixel 2 XL are unaffected by this problem. Early reports started when users were running Android P Dev Preview. According to which, the ‘Charging rapidly’ message on the lock screen would not even appear when a fast charger is connected. Users suspected it to be a bug, that would probably be fixed in the final release. Many users have reported of fast charger not working even on using the original adapter.

All Pixel phones have the USB Power Delivery (USB-PD) that supports quick charging. Now any device including the Google Pixel XL in discussion with USB-PD can charge the phone at 5V/3. The user gets a pop-up on the phone lock screen message that says ‘Charging rapidly’. This message is not showing post the update to Android v9.0. 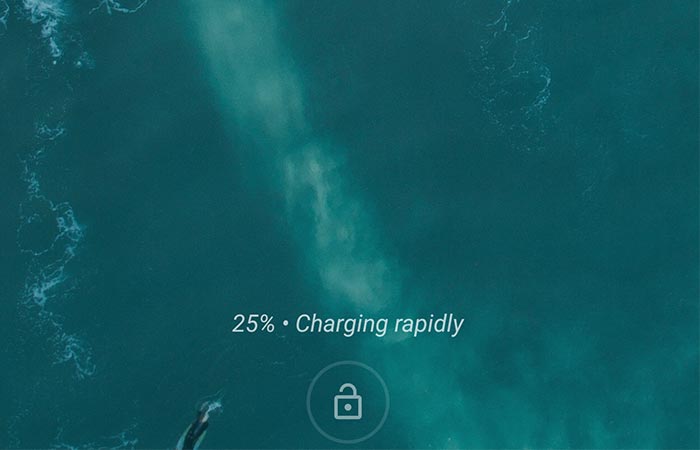 The Google Issue Tracker collected the reports of this alleged glitch of rapid charge message not showing. The original issue reporter also tried various compliant fast chargers including the one that came out-of-the-box. But the issue still persists. The issue was closed with the remark – “Won’t Fix (Infeasible)“. According to AOSP, resolving the issue is not possible and the rapid charge message is not showing due to device customization.

In continuation, another issue thread was opened. This time, the user tried four (4) different chargers, but none of them worked after the Android 9.0 Pie update. To add, factory resetting the phone didn’t help either.

As of now, there is no reason derived for this issue. We think maybe Google has changed the internal logic so the fast charging process goes undetected post the update. Are you using a 2016 Pixel XL and ‘Charging rapidly’ message is not showing? Do let us know via the comments.