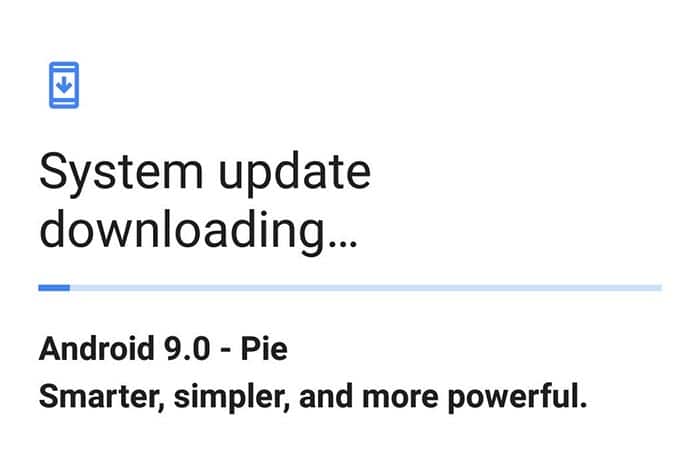 The Essential Phone was one of the first smartphones along with Pixel devices to get the Android 9.0 Pie update. Now, the newest Android OS from Google is extending its reach to the US tele-carriers. Speaking of which customers who are on the Sprint carrier are now getting a slice of Pie as well. The OEM announced that Android Pie update for Essential Phone users on Sprint is rolling out now with build number PPR1.180610.091. Twitter. It’s quite quick that the update rolled out within a week for Sprint.

Sprint customers: Android 9 Pie has been released and is heading your way! Check your Essential Phone for the update. ?

Android P initiated its journey in March 2018 with the developer preview 1. It shaped itself into a more stable OS through the months of testing and development. Those users who are using Essential Phone on Sprint can now check their device for the Android Pie update. The software will roll in batches, which means it will take some time before it arrives on every device. To force-check the update, simply go to the Settings -> System -> System Update. If you’re looking to manually upgrade the OS, you can download and install the OTA/Factory image when it arrives on Essential’s Developer Portal.

Android Pie brings loads of new features to the devices it is moving into. New features include revamped Settings, Multi-camera API, gesture-based navigation, screenshot button, new volume slider, and more. Users will also get the Adaptive battery feature through Machine Learning. It also brings up the Digital Wellbeing feature for the Pixel devices.

So, if you are on Sprint and use an Essential phone, then do not miss the Android 9 Pie update. Share your first hands-on experience with the new Android OS.