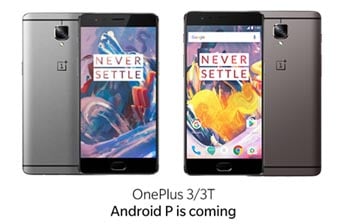 There are a very few OEMs out there that will even consider rolling the latest system upgrade to their older devices. A discontinued device is out-of-question. However, OnePlus comes under the category of such manufacturers which likes to play against expectations. The company is popular for its efficient software support. Even in the recent days, it rolled out Android Pie for its flagships OnePlus 5/5T /6. Now, it is also planning to throw a Pie party for its discontinued phones OnePlus 3 and 3T. The Android Pie update for OnePlus 3 and 3T confirms from a recent Geekbench listing.

Yes, both the yesteryear machines of OnePlus were spotted on Geekbench running Android 9.0 Pie. The upload date of listing is quite recent. So, apparently, OnePlus is rigorously testing Pie on 3 and 3T. Long back in 2016, 3 and 3T entered the market with Android 6.0 Marshmallow. Later they stepped up their game to Nougat OS and v 8.0 Oreo as well. Both OnePlus 3 and 3T are commercially successful devices. Though sales were discontinued, software support is still active for the 3/3T duo. Currently, OnePlus 3 and 3T are running stable OxygenOS 5.0.8 based on Android Oreo.

Android Pie Update for OnePlus 3 and 3T may also pack the January security patch as well. Recently, some other OEMs rolled out Pie OS with January 2019 patch. Usually, when manufacturers integrate a new system update to a device, they test it out. Then it gets published on benchmarking forums. So, we can infer that this info is genuine and system upgrade may soon happen. So, watch out for Android Pie Update for OnePlus 3 and 3T.