Users with the Xiaomi’s latest flagship can now get the latest Android version on their phone right now. The steps below will help you easily install Android P Beta on Xiaomi Mi Mix 2S.

Google I/O 2018 revealed a lot of exciting new things for the users. Among all, one of the major announcements was the new Android P Developer Preview 2. Well, unlike old times, this new preview was not just limited to Google’s own line of devices such as the Google Pixel and Pixel 2. The company now calls it the ‘Android P Public Beta‘ that is available for some of the popular devices from various manufacturers including Xiaomi. This has been possible due to ‘Project Treble‘, Google’s new re-architecture of the Android Framework, that was introduced last year with Oreo. Thanks to that, you can now an early preview of the next Android version right now on your supported device. You can follow the instructions to download and install Android P Beta on Xiaomi Mi Mix 2S. 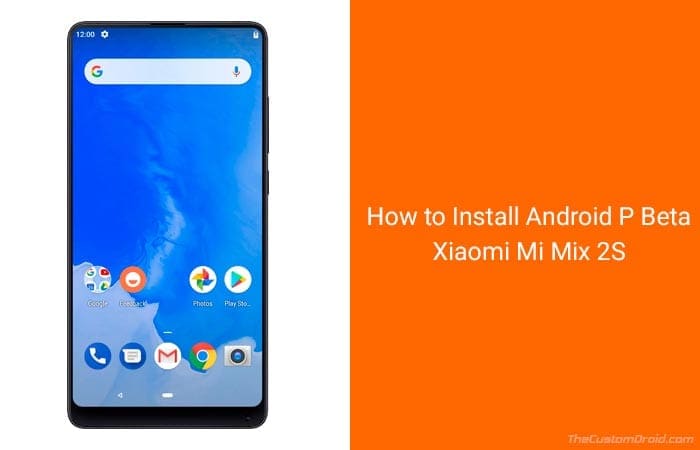 Xiaomi is now among the manufacturers, also known as ‘Partners’ that would serve the official Android P Beta on one of its most renowned devices. Yes, we are talking about the recently launched Mi Mix 2S, which also happens to be the company’s flagship phone. A few weeks ago, we saw leaked Android P beta for Xiaomi Mi Mix 2S. The builds were unofficially provided via the FunkyHuawei club. It sort of served as a clear indication that the said device will eventually receive the latest Android version pretty soon.

Before you even install Android P Beta on Xiaomi Mi Mix 2S, let us first take a look at the features that could expect from this new software.

The latest iteration of the Android OS certainly brings a bunch of new features, including the ones that were announced during the first dev preview. Below, we have listed some of the major features that will accompany this beta software.

For the complete list of changes and more information, visit the official post on Android Developers Blog.

Xiaomi recommends this to be used by developers for testing and feedback. However, I don’t see any drawback of it being used by a regular user just for experiencing the new features. Anyhow, it quite easy to roll back to the stable MIUI firmware if you’re not comfortable using it as a daily driver.

Please ensure to fulfill all the requirements stated below before you install Android P Beta on Xiaomi Mi Mix 2S.

The official build is available through the Xiaomi servers and is a fastboot image. You can easily install it using the Mi Flash tool.

The flashing process could take a few minutes, so leave the setup undisturbed. Once complete, you shall see the ‘success’ message and the phone will reboot automatically.

When your Mi Mix 2S reboots, it shall be running the latest Android version in form of the developer preview. Since the software is at its initial stage of development, bugs are expected. Xiaomi has already provided a list of discovered issues here. Should you find any further issues with the software, other than the ones we just mentioned, then please submit a report using the official feedback section.

Go on and test all the new features on your phone right away and let us know which one did you like the most. So, this was our guide on how to install Android P Beta on Xiaomi Mi Mix 2S. If you have any questions, kindly leave them in the comments section.