OnePlus launched the 6T today at an event in the New York city. You can now download OnePlus 6T stock wallpapers by Hampus Olsson right here. There are a total of 3 different wallpapers in 2K, 4K, and Never Settle versions. On the other hand, OnePlus 6T live wallpapers are also available for OnePlus 6 users running Android Pie.

Since months, we all have rounded around various speculations about the next OnePlus flagship. And today, the manufacturer finally introduced the OnePlus 6T to the world. The phone carries a ‘T’ modifier to the OnePlus 6, and so it shares most of the hardware specifications and brings some major changes to the experience, both internally and externally.

Now, before you go ahead and download OnePlus 6T wallpapers for your Android phone, let us take a quick sweep of what’s new in this phone.

Like the older OP6, the OnePlus 6T is also powered by Qualcomm Snapdragon 845, 6-8 GB of RAM, and similar storage variants. The design stays almost the same, except that the fingerprint scanner has been completely disposed of. The glass-back stays and the color variants are the same too – Matte and Glossy Black.

Talking of the specs, the phone’s display has now been upped to 6.41-inches with a higher 85.6% screen-to-body ratio. Gorilla Glass 6 is also present to protect the screen. The camera setup stays exactly the same with 16 MP + 20 MP sensor on the rear. As for the software, the OnePlus 6T will come with OxygenOS based on Android Pie. The OEM also plans on bringing some major improvements to the camera experience via the software.

What’s different and new about the phone is the new more edge-to-edge display that comes with a way smaller notch. The next major change is the all-new in-display fingerprint scanner, something that we say coming for long. Another dedicated feature that outshines the 6T from the previous model is the whopping 3,700 mAh battery.

The new in-display fingerprint sensor and the waterdrop-style notch are two major feats that may be enough to convince the users to upgrade.

Like with all the previous devices, the stock OnePlus 6T wallpapers have been designed by none other than ‘Hampus Olsson‘. To remind you, he is the same designer who crafted the wallpapers for a majority of previous OnePlus devices and that of Paranoid Android.

In his blog post, Olsson talks about how this year he shifted himself away from the old brushstroke-style wallpapers that we all have seen previously. According to him, he delivered a total of 20 different wallpapers to OnePlus to finalize upon, but none of it made it. However, it did give the designer a starting point and a direction to work upon. After thorough effort, 3 new OnePlus 6T wallpapers were finalized, following an iridescent style with vibrant colors shifting from dark to light.

Below is the preview of all the OnePlus 6T stock wallpapers that you can download. You can click on the preview thumbnail to expand the image.

Adam Conway from XDA was able to extract and upload the live wallpapers app, which can be installed on any OnePlus 6 running Android Pie.

Hampus Olsson mentioned that he is also working on creating illustrations for OxygenOS. Many of which could already be seen in the latest version of the software and below is the preview of one of the said illustrations. 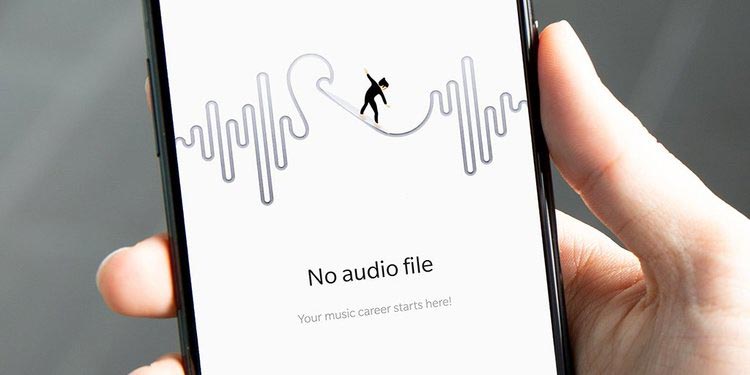 For your convenience, we have packed all these wallpapers in an archive (.zip format). Should you only wish to download them individually, we have also provided a link to the Google Drive folder.

So there you go! You have just been able to download OnePlus 6T stock wallpapers and live wallpapers for your Android device. Go ahead and apply them on your phone now. We hope you’d like them! And don’t forget to follow Hampus on Twitter and Instagram for the latest updates on his arts and projects.