FlashFire is an on-the-go flasher app, which is also the successor to the old Mobile Odin program, developed by – Chainfire. The app lets you perform several different actions on your device, while in the OS mode, most of which are usually carried out in the recovery. These include flashing OTA zips on rooted/modified firmware, taking Nandroid backups of ROMs and restoring them, flashing ROM/Kernel/Mod zips, and wiping device partitions. Yet today, Chainfire has released FlashFire v0.33 that might just make you happy, with some more useful features that have been added. 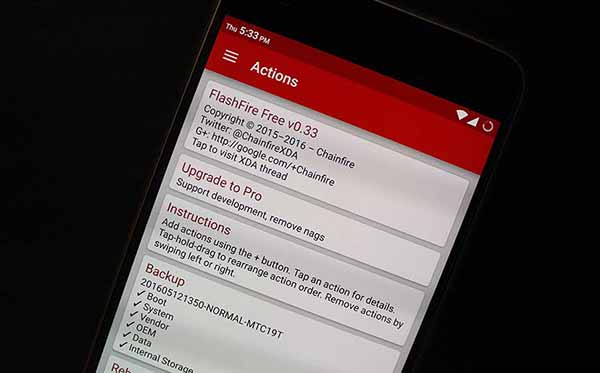 Earlier last month we saw FlashFire v0.32 in the wild, bringing in the ability to make fastboot flash-able backups. While still being in Beta stage, the app offers a fine level of stability. We have seen many new additions in every update, and in today’s update, Chainfire has introduced a feature that will enable the users to back up and restore partitions via ADB, over USB or WiFi.

You will now be able to stream your backups or restore them through your PC using ADB, either over a direct USB connection or the same WiFi. The process makes use of a special ZIP format, instead of the regular backup format.

While backing up, make sure that you choose the “Location” as “Android Debug Bridge (ADB)“, select your desired partitions and follow the on-screen instructions. 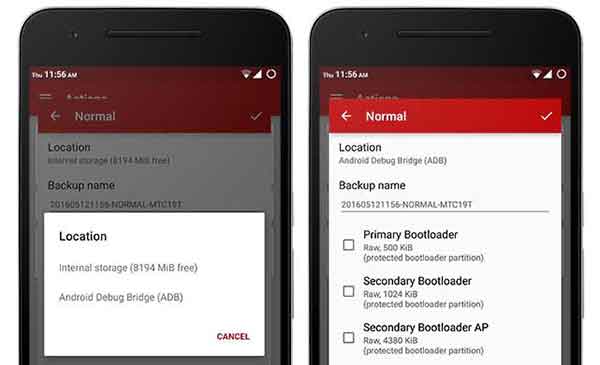 Another functional change is, that FlashFire will now intelligently adapt between the operations carried out on internal storage and adopted storage. So now, if you’re choosing the backup location as internal, then the backup will stick with true internal, and not the adopted storage.

Apart from this, the update is accompanied by a long list of fixes and additions that would definitely turn out to enhance your experience while using FlashFire.

The complete changelog, as stated in the release notes:

FlashFire is still in BETA and requires you to be a tester, to download it from the Play Store. Once you have opted for beta testing, you can the link on the sign-up page and download the app to your phone/tablet. If you want to download the APK directly, you can grab it from APKMirror.

Has backing up and restoring over ADB on WiFi gave a relief to you? We are totally getting in deep with FlashFire, what about you? Let us know through the comments.