Samsung is finally rolling out the Galaxy Note 8 Android Oreo update. At last, the day has arrived for the Note 8 users to be happy and keep their device updated to the latest Android version. The new Oreo update is now available over-the-air. According to SamMobile, the update has already been seen in France. A few users in Brazil as well have reported of the OTA arrival. It is only a matter of time before it rolls out to other regions as well.

The initial Samsung Experience 9.0 beta testing for the Note 8 started a bit later than the Galaxy S8 and S8+. It seems like Samsung is focusing its primary attention on its flagship S-series devices. It’s quite often that we have seen that Samsung is not much into software updates, compared to other OEMs like OnePlus, which has recently pushed Android 8.1 Oreo beta for the OnePlus 5 and 5T. Anyhow, it is still great that the phone has finally received the deserved love via Android 8.0 Oreo, after about 6 months since the official launch. 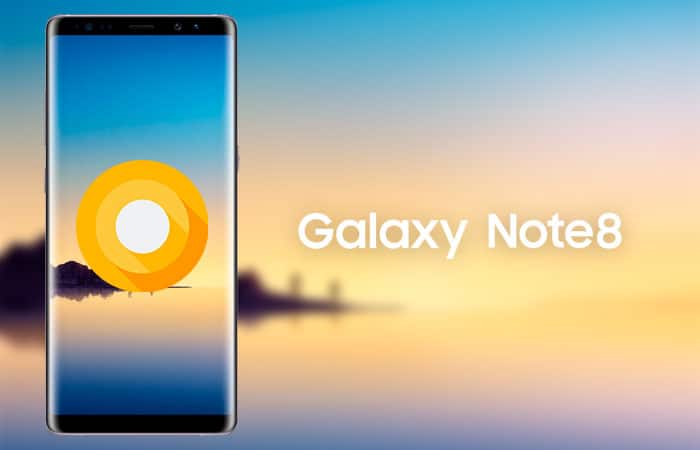 Enough of the drama, let us dive into the real stuff that is here. Of course, apart from the Galaxy S9/S9+ announcement, this surely is some great news for the Note 8 users.

The build number for the current firmware is N950FXXU3CRC1. The update carries Samsung Experience 9.0, along with the latest March 2018 security patches. Of course, since it is based on Android 8.0 Oreo, you will get a taste of all the standard features including Picture-in-Picture mode, Notification categories, Notification Dots, AutoFill framework, Adaptive Icons, and more.

Apart from that, the Galaxy Note 8 Android Oreo update also offers a list of Samsung-exclusive improvements and features as well. A few of which are listed below. It is worth noting that the S Pen features remain unchanged.

That’s indeed quite a lot to explore once you have updated. So, if you’re in France or Brazil, you can simply go to Settings » System updates and check if the Android Oreo update has arrived for you yet. We’ll be updating you if the update reaches to other markets as well. So, stay tuned! If you’ve already updated, don’t forget to let us know your region and your opinion about the Galaxy Note 8 Android Oreo update.