Huawei’s sub-brand Honor has officially announced the long-awaited Honor 8X series, consisting of Honor 8X and Honor 8X Max through an event held in China. The Honor 8X series benefits from having an affordable value along with top-notch specs and a beautiful design.

As the name suggests, the Honor 8X Max is a phone with a massive battery and a monstrous screen, making it suitable for watching movies and playing games. The standard Honor 8X is a powerful smartphone, packed with an efficient Kirin 710 SoC that was recently announced in July 2018. Anyways, let’s have a closer look at the details including the specifications, pricing, and availability.

The Honor 8X is a mid-range phone and carries a huge 6.5-inch full-screen display, that has a tiny notch at the top, giving it an aspect ratio of 19:5:9. The phone has a massive screen-to-body ratio of 91%, aiming to provide an extremely wide viewing angle. It is worth mentioning that the phone uses a COF panel packaging technology, as a means to reduce the bottom chin to 4.25mm only.  In addition, the phone measure compact dimensions of 160.5mm × 76.6mm × 7.8mm, giving you a comfortable grip.

The Honor 8X carries a Full HD+ display with 2340×1080 Pixels resolution. As described by the company, the video quality of the Honor 8X’s display has been further enhanced by adjusting the video contrast and expanding the dynamic range. In addition, the Honor 8X series is a TÜV Rheinland low-light certified eye-protection phone that strictly suppresses the harmful blue rays coming out of the phone’s display.

Moving to the rear, the phone follows the same aesthetic as we’ve seen with other several other Honor devices. The Honor 8X adopts a classic metal body, covered by a layer of special double textured aurora glass, making it unique from other budget smartphones out there. The glass at the back is capable of showing two different variations at the same time. The rear left part of the phone has an interlaced texture, that looks quite shiny in bright light. While the rear right part of the phone is crafted for showing aurora gradient effect, under varying lighting conditions.

At the bottom, the phone has a 3.5mm headphone jack together with a Micro-USB port. On the back, The phone has a vertically aligned dual rear camera setup accompanied a fingerprint sensor at the center. In addition, the phone has a metal coated frame, to provide a better grip. The overall design of the phone feels much more premium than its predecessor. 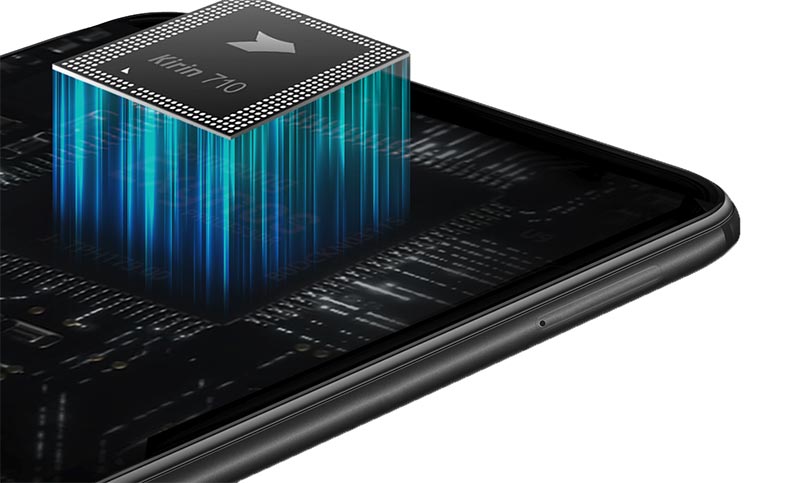 The Honor 8X is powered by an efficient Kirin 710 SoC coupled with 4GB/6GB of RAM and 64GB/128GB of onboard storage. In addition, the processor is also accompanied by GPU turbo, aiming to boost graphical performance and efficiency of the device. The phone is fueled by a 3750 mAh battery with support for 5V/2A charging via an old Micro USB port. 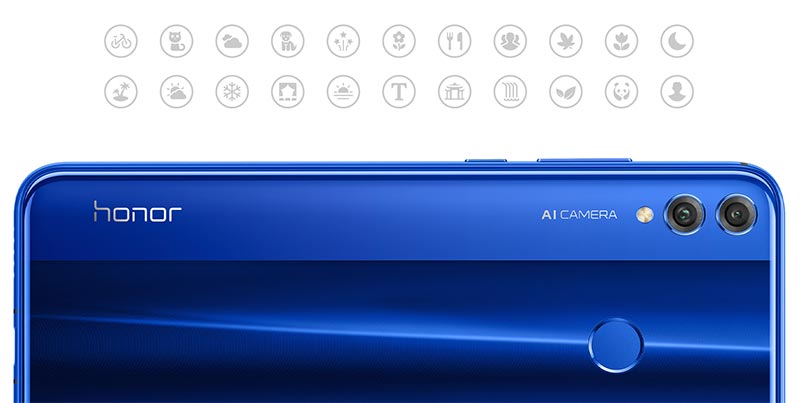 For photography department, the Honor 8X is equipped with a dual rear camera setup. It has a 20MP+ 2MP AI dual camera configuration, supported by a large F/1.8 aperture, with an aim to restore clearer details and colors. The rear camera is equipped with an AI scene recognition technology, claimed to be capable of detecting over 500 scenes.  On the front is a 16MP selfie shooter, equipped with AI Portrait mode and some beautifying features.

Honor 8X is armed by the latest EMUI 8.2 based on Android 8.1 Oreo. The software is blessed by lots of new features, like one-button navigation, open payment code and so on. In addition, the phone is equipped with an advanced face unlocking technology, aiming to provide a more secure experience. The face unlock is also equipped a dark mode, that can let users use facial recognition even in dark environment. Apart from that, It also has an anti-closed eye unlocking function, in order to prevent others from unlocking the phone while sleeping.

The Honor 8X Max is a phone with a giant screen of 7.12-inches, that produces a Full HD+ resolution of 2244 × 1080 Pixels. Despite the fact it has a large display, the phone still feels quite comfortable in hands, thanks to a narrow frame and a very tiny circular notch measuring a size of 2.28mm. The notch at the top houses a front camera like we have saw on Nubia Z18 that was launched yesterday. The forehead of the phone also carries an earpiece, LED notification light, along with the sensors.

With such a large screen, the phone also sports a massive screen-to-body ratio of 90%, making it ideal for watching movies and playing games. 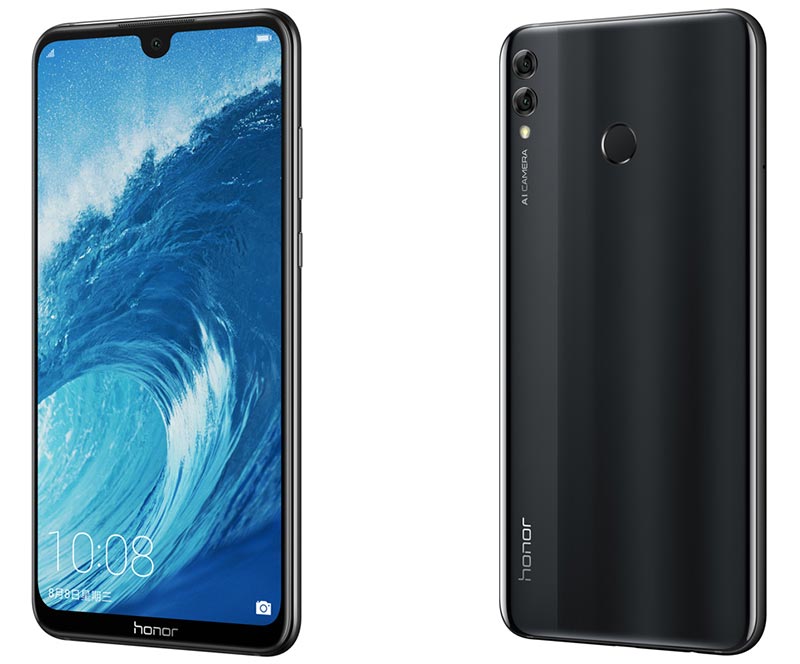 The Honor 8X Max is also equipped with a double textured curved glass back like the Honor 8X. It has vertically aligned dual cameras together with the fingerprint sensor placed at the center. In addition, it also comes with a 3.5mm headphone jack and a Micro USB port. The overall design of the phone’s back is almost the same as the standard Honor 8X, just larger. 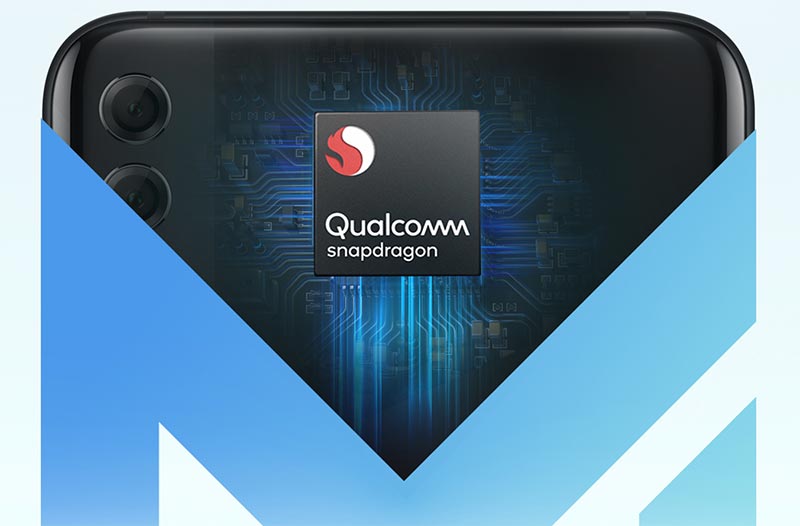 The Honor 8X Max comes equipped with an AI dual camera setup consisting of a 16MP primary sensor and a 2MP primary sensor. In addition, the phone also supports AI scene recognition, PDAF high speed autofocus and so on. On the front is an 8 megapixel selfie shooter with a F/2.0 large aperture, and a pixel size of 1.2 micron. 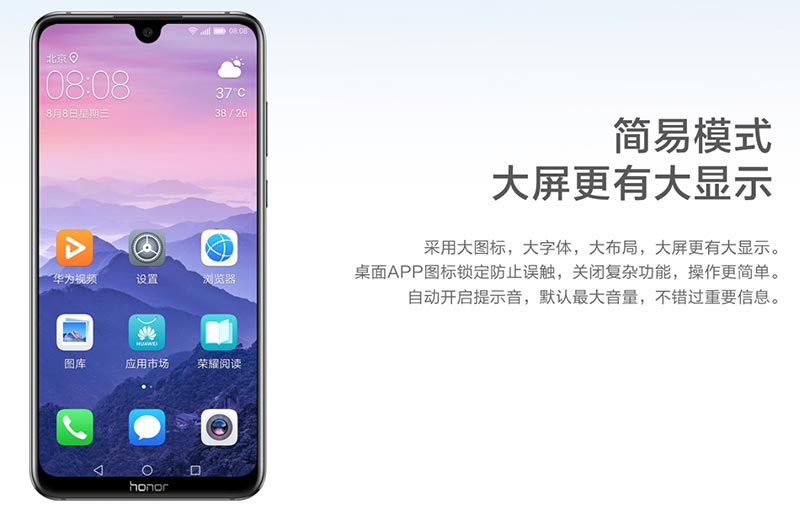 The Honor 8X Max is available in three color variants, which are – ‘Magic Night Black’, ‘Sea Blue’ and ‘Red’. 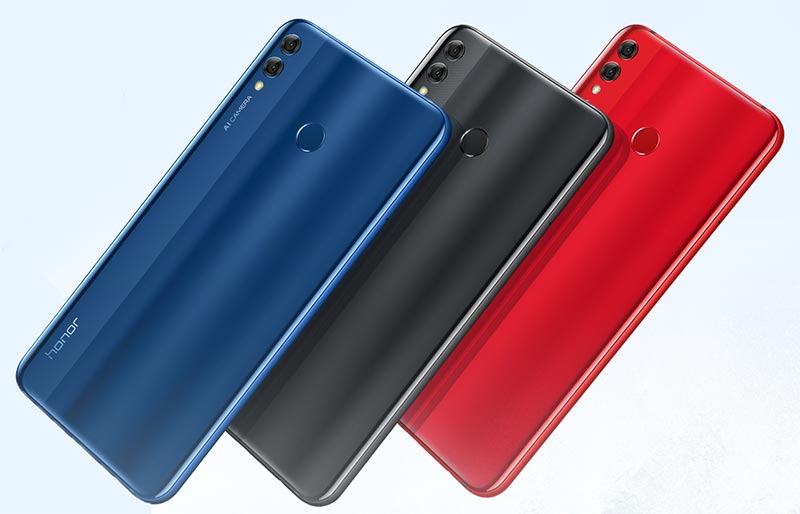 The Honor 8X Max will be up for sale from 11th of September 2018 in China through JD.COM & Vmall.