A few days ago, Honor officially announced the Honor Band in addition to Honor 8X and the Honor 8X Max smartphones. The Honor Band 4 is an activity tracker that comes with an affordable price tag and as a competition to the Xiaomi’s Mi Band 3. Furthermore, the company has also announced a special ‘Running Edition’ of the band, which can also be buckled on user’s shoes in order to provide accurate workout details. 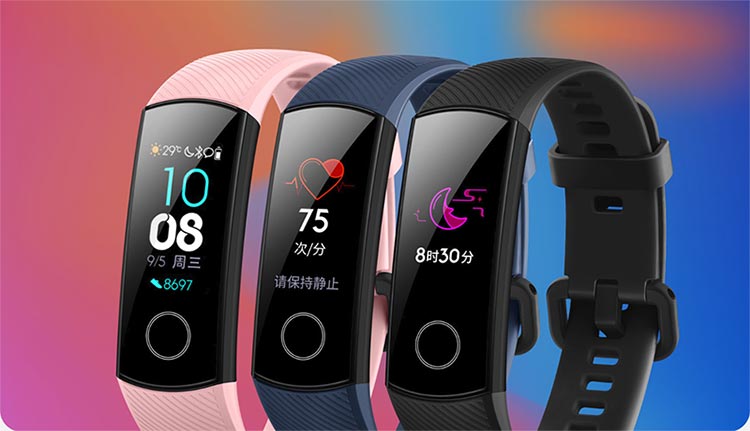 The Honor Band 4 sports a 0.95-inch AMOLED colored panel, that carries an HD resolution of 240×120 pixels. The Band is covered by a layer of 2.5D glass, making the band smooth on the edges. The AMOLED panel on the front has also enhanced the UI of the device, making it more simple and beautiful. In addition, the Band is also equipped Auto-Brightness sensor, capable of adjusting the brightness according to the sunlight and suitable light conditions.

The display of the Honor Band 4 is capable of exhibiting 45 Chinese characters, allowing users to read messages or check out incoming calls directly from the band itself. In addition, the panel is also upgraded to a responsive full touch-pad screen along with a circular Home button. The Honor Band 4 does everything you’d expect from an entry-level fitness tracker. 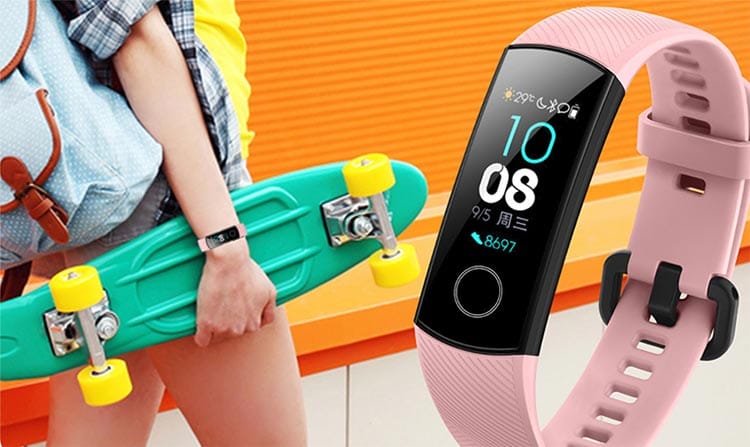 In terms of build, the Honor Band 4 adopts a skin-friendly Silicone strap, characterized by UV curving technology, intending to obtain rubbery, soft, and stain-resistant material. Apart from that, the buckle of the strap has a unique curved design in an effort to provide a strain-less grip on the wrist. The band still adopts a plastic body along with a curved structure, making it comfortable to wear. The device measures dimensions of 43 x 17.2 x 11.5 m and weighs 23 grams.

Like its predecessor, the Honor Band 4 is armed by Huawei TruSleep technology which provides more information than just how long you were asleep each night. Huawei TruSleep is capable of collecting 8 kinds of sleep observation data including shallow sleep, deep sleep, rapid eye movement and awake. In addition, it also provides several sleep improvement suggestions and supports sleep tracking mode through Infra-red.

According to the company, the Huawei TruSleep function has been certified by CDB Center of Harvard Medical School and has been clinically validated in the top three hospitals in China, with an accuracy of 96.3%. 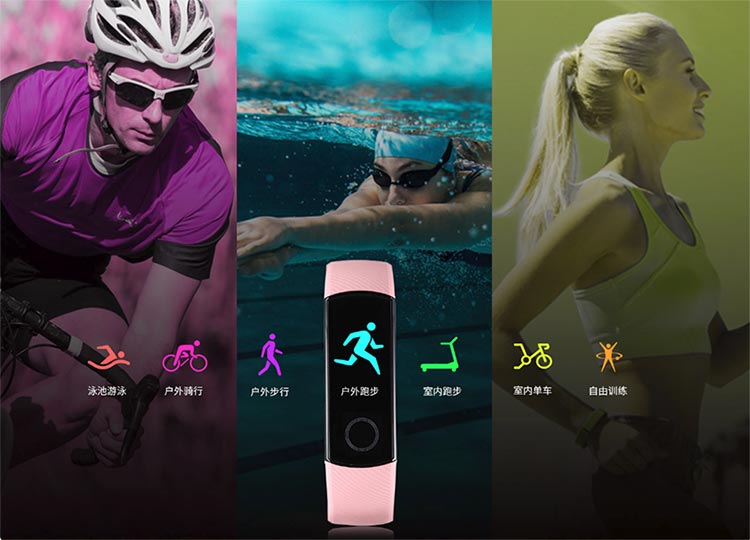 The Honor Band 4 does have an attractive and sporty performance, including 7 major activity modes like Outdoor running, Indoor Running, Walking, Cycling, Swimming, and so on. In addition, it also shows real-time workout data (Status) and features all-day heart rate monitoring, dubbed as TruScreen Heart Rate technology. Moreover, it also alerts the users about their max heart rate during an intensive workout.

The Honor Band 4 is also loaded with NFC, allowing users to make instant payments via their smart band itself. In addition, it can also control the camera of Huawei smartphones with version EMUI 8.1 or above. Features like camera, stopwatch, alarm clock, and timer are also present. 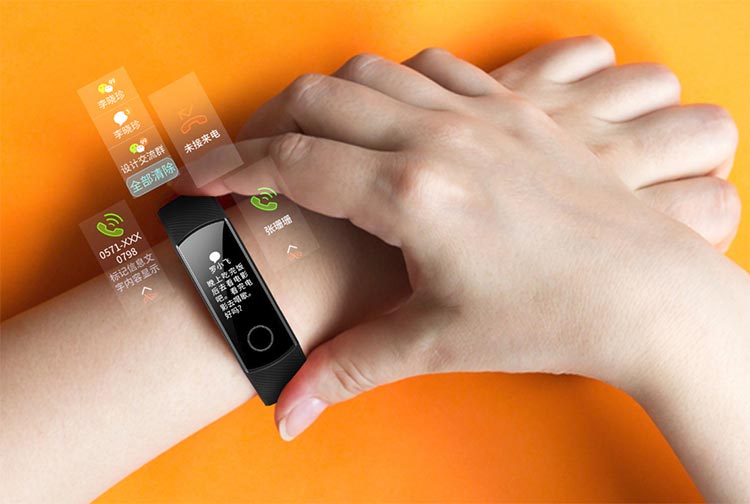 As described by the company, the Honor Band 4 is water-resistant down to 50 meters and can support battery life up to 14 days. Being a water-resistant device, the Honor Band 4 is suitable for water sports and can detect four strokes of swimming including freestyle, breaststroke, backstroke, and butterfly. Apart from that, it has a six-axis sensor capable of detecting things like swimming speed, number of turns, distance, calories, stroke frequency, etc.

The Honor Band 4 ‘Running Edition’ is available in 5 colors:- Insulin Green, Red, Magnesium, Denim Blue, and Yellow. The device is quite cheaper than the standard Honor Band 4 and carries a price tag of 99 Chinese Yuan (~$15) only.

The standard Honor Band 4 is already up for pre-order, while the appointment for ‘Running Edition’ will start from the 11th of September. Both these devices will go on sale from the 20th of September through Huawei Mall, Tmall, Jingdong, and Suning. (Chinese online shopping platforms).