Samsung may have shown the in-screen camera first, but Huawei subsidiary Honor just came in and takes a steal at this new implementation with its upcoming Honor View 20. Honor held an event in Hong Kong today, giving media a little sneak peek at its upcoming midrange contender. Aside from being the first to implement the punch-hole camera design, the Honor View 20 will also be the very first smartphone to use Sony’s 48-megapixel IMX586 sensor. 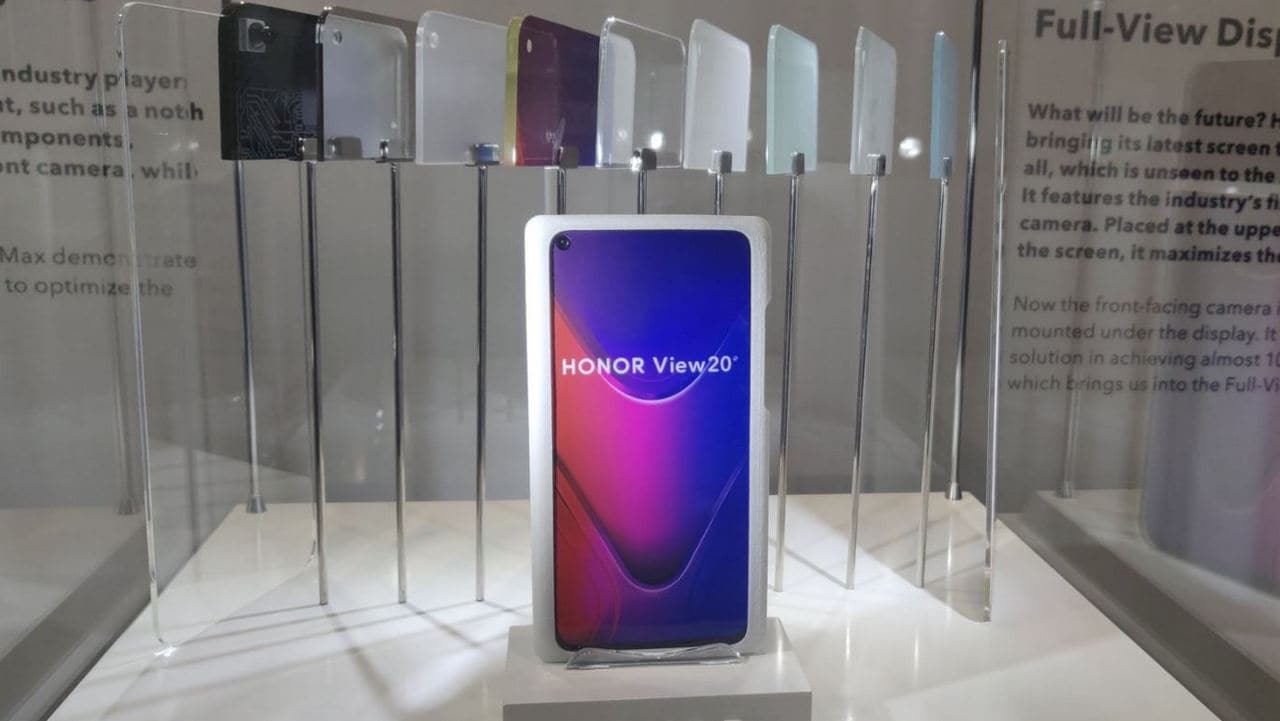 Powering the phone is the Kirin 980 with dual-NPU. Honor claims that this will help the device make use of it high-resolution sensor for better AI HDR mode that can match SLR cameras. A pretty bold claim. But let’s see if this is really the case when the phone is officially out in the market.

The Sony IMX586 CMOS is a massive 1/2-inch sensor (0.8 µm/pixel) with Quad Bayer Color Array. What it really means is that it stacks adjacent 2×2 pixels in the same color. This should help the View 20 shoot low-noise 12-megapixel images in low-light.

Honor didn’t totally reveal the specs but highlights that the V20 will come with 4.2mm cutout for the camera, and a screen they call Full-View Display 3.0. It is also hard to know the design of the V20 as its hidden under a thick white protective case.

Furthermore, Honor also introduced a new technology they call Link Turbo. According to them, Link Turbo will allow users to use Wi-Fi and 4G simultaneously for faster internet connection when connected in public networks.

The View 20 will be officially announced on December 26 in China as Honor V20. Global version will come out on 22nd of January 2019 in Paris, France.