Last day, we have shared with you the images which allegedly belongs to the Nokia 9. The device, which is currently in prototype, sports a Zeiss-branded “Penta-lens” camera setup. Unfortunately, the provided images look mushy and so we cannot really take a closer look at it. Either way, it gave us an idea what is really in store for HMD Global and Zeiss. 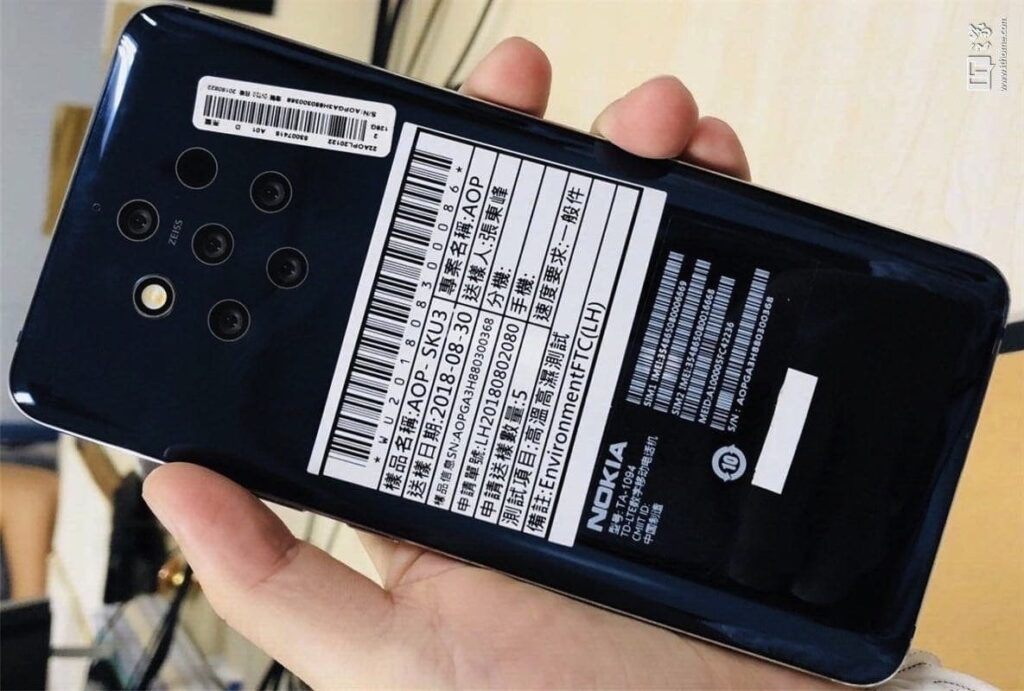 Now, a clearer photo of the Nokia 9 surfaces on IT Home forum in China. It looks identical to the previous leak but has some really nice changes. As for the photo, it does have some Chinese markings pasted on its rear which has all the sensitive pieces of information. Apparently, the poster didn’t take time to blur out that information as it even includes the IMEIs. Thanks to that though. We now know that the Nokia 9 will have a dual-SIM configuration. We have also been able to translate all those Chinese markings and found out that the date on top refers to its delivery date. That’s August 30 of this year. This means the one that we are seeing is a newer prototype. What’s interesting though is that it even includes the name of what the translator refers as the “overlapping person” (whatever that means). It also revealed the device is currently under “high temperature and depression” test. The model number is revealed to be “TA-1094”. 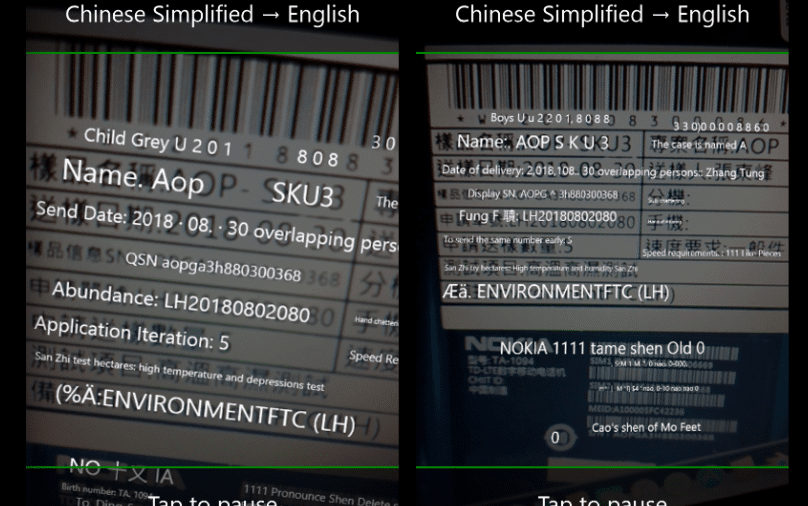 For the physical features, the new Nokia 9 prototype is seen to have a beautiful blue metallic glass backplate. Unlike the previous prototype (which has a flat appearance), the glass backplate of the newer one curves to the edges. We can also tell that it has an aluminum frame that looks edgy and sharp (remember the Nokia 8 Sirocco?). Another thing we noticed is the height of the device. The previous prototype looks fat and shorter (perhaps 16:9), but this new prototype is taller and narrower in appearance. There is no fingerprint sensor.

There are also some changes with the positioning of cameras. The previous version only has six holes at the back which comprises the five lens holes, and the LED flash. The new version has seven, adding a hole for, in our guess, can either be a laser, IR, or phase detection autofocus. We can see some variation in terms of aperture (weird?), but this may be a thing for a multi-lens array camera setup. We hope that’s at least f/1.75 though. Overall, I’m not a fan of the design, but it is interesting to think what all those cameras are capable of. And it’s Zeiss. So it must be something really cool.

For the quick specs, the Nokia 9 is rumored to house the latest Qualcomm Snapdragon 845, coupled with either 6 or 8GB of RAM. The display will be 5.9-inch curved OLED display, which hopefully doesn’t have a notch. It will also be one of the flagships from a major brand to feature an in-display fingerprint sensor.

Another exciting trip to visit our friends at #Zeiss to review progress, share ideas for the future and of course to visit the awesome museum! Btw. the museum is open for public, highly recommend 📷 @ZEISS_Group #nokiamobile pic.twitter.com/hX8cBH7nXJ

Last month, HMD CPO Juho Sarvikas visited the Zeiss HQ in Germany. On his caption, Sarvikas said that he visited Zeiss “to review progress, share ideas for the future”. This could mean that there is actually something in works. And that snapshot of the Lumia 1020 PureView description displayed on the Zeiss Museum could also be a hint. And HMD now owns PureView so they better put that in use.