The Huawei Mate 20 Lite will sport a large notched display, metal frames and a curved glass back that provides it a more premium and nice touch. The short chin area and close-to-edge screen with a notch, makes the phone look very identical to iPhone X. According to the source, the smartphone will weigh around 172g and have 7.6mm thickness. 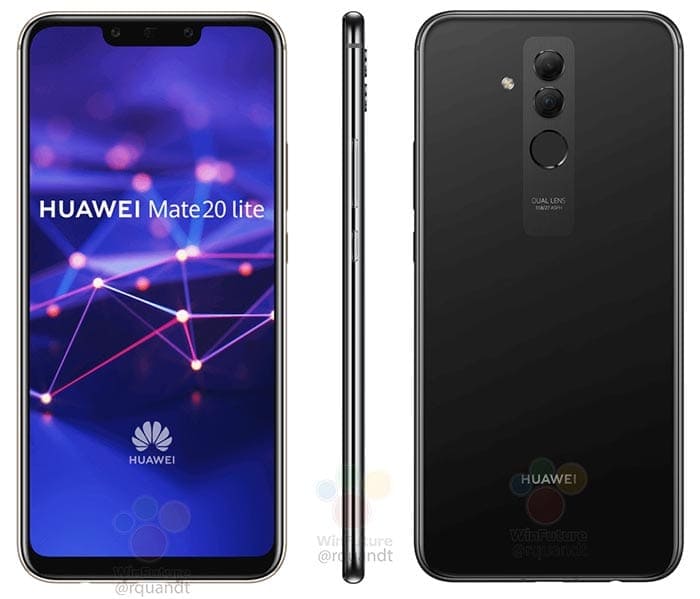 According to the information provided by the winfuture website, the Huawei Mate 20 Lite will sport a 6.3-inch LCD panel, with a resolution of 2340×1080 pixels. It will have a notch that may house the dual front cameras and an earpiece.

The Mate 20 Lite will be powered by the newly unveiled Kirin 710 Octa-core SoC, that features four 1.7-GHz ARM Cortex-A53 Cores and four up to 2.2 GHz fast Cortex-A73 cores. The Kirin 710 would bring a significant performance boost compared to the old Kirin 659 SoC. The smartphone will have up to 6GB of RAM and 64GB of internal storage. The Huawei Mate 20 Lite will be fueled by 3650mAh of the battery. It will be equipped with features like dual-band Wi-Fi, Bluetooth 4.2 as well as 4G LTE support. 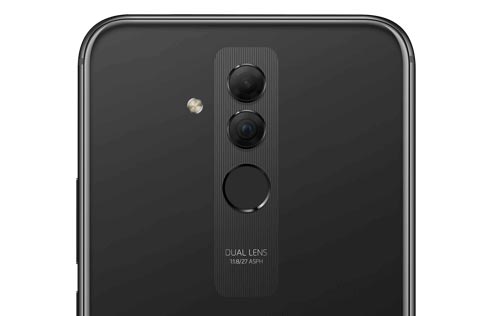 The Huawei Mate 20 Pro will be a quad camera loaded smartphone. At the back, it will have a 20MP primary sensor and a 2MP secondary sensor with F/1.8 aperture. While on the front, it will carry a 24MP + 2MP selfie shooter for depth effects. 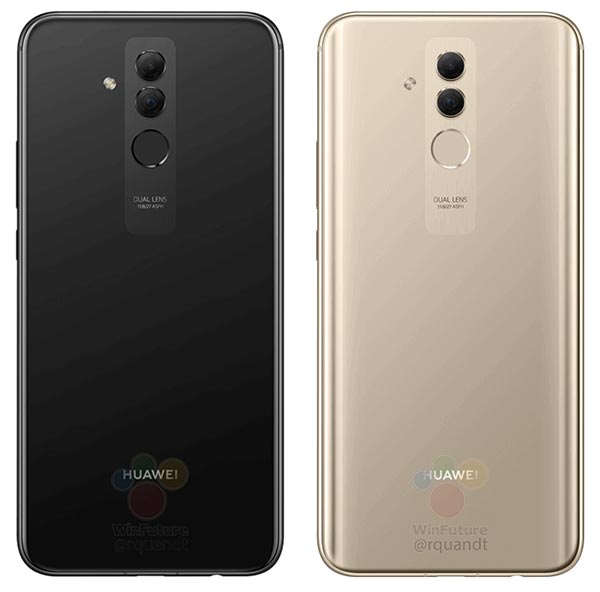 Stay tuned with us for getting any further updates about this smartphone!