The Galaxy A5 Android Oreo update is now rolling out to users in Russia. You can follow this guide to manually install Android 8.0 Oreo on Galaxy A5 2017.

Samsung is not much in line when it comes to delivering the latest software updates. This is not just with the regular devices, but also with the flagships as well. Anyhow, it seems like the OEM is still making efforts in the right direction and has recently started rolling out Android Oreo for the Galaxy A5 released in 2017. For now, the update has only reached the users in Russia. The rest of the regions will get the OTA notification gradually. If you are keen on updating the device manually, then follow the instructions below to install Android 8.0 Oreo on Galaxy A5 2017. 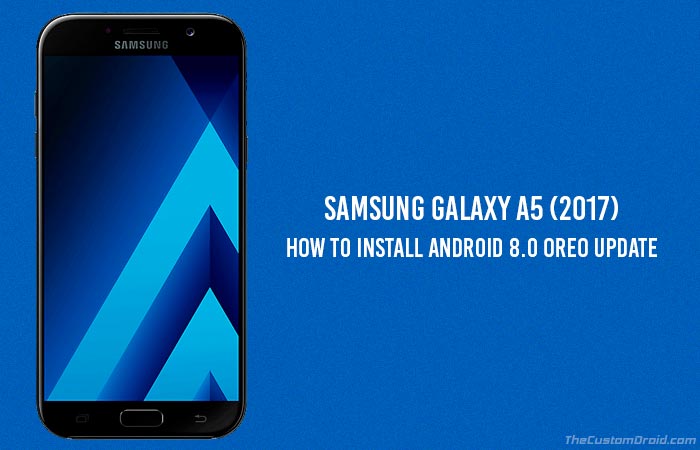 The news first surfaced a week ago and a lot of users have already updated their devices as well. Users already seem to be quite excited about it and are impatient at the same time. However, there are still no reports on when the OTA will be hitting the units in the remaining regions. So, if you’re looking forward to force-upgrade the software on your phone, then the steps below will help you.

Before you get to the instructions and install Android 8.0 Oreo on Galaxy A5 2017, let us take a look at the new features and changes that you could expect from it.

The new software has build number A520FXXU4CRD5 and the OTA weighs about 1.12GB (1256.44MB). There’s not much we could depict from the OTA notification, the changelog looks almost similar to that of the Galaxy S8. Since the update is based on Android 8.0 Oreo, you can happily expect all the standard features including Picture-in-Picture mode, Notification Categories, Adaptive Icons, Background limits, and more.

The latest firmware is Samsung Experience 9.0, which brings some unique features of its own. These include Keyboard improvements, new emojis/stickers, Dual Messenger, refined on-device search results, Color Lens and more. You can also refer to the screenshots below, taken directly from an updated Galaxy A5 2017. Thanks to Sammobile. 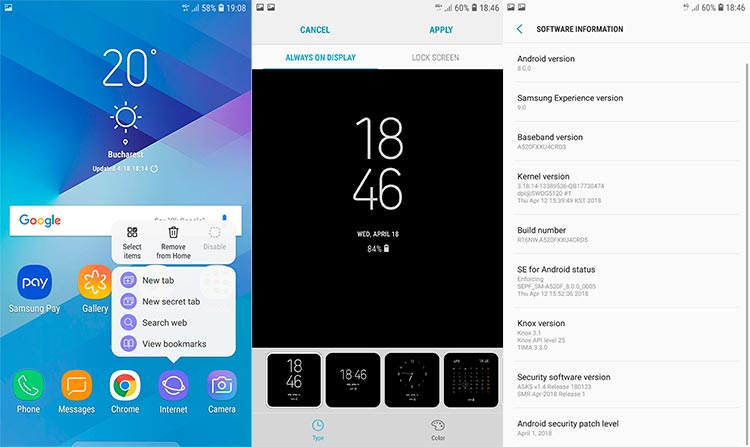 Make sure to fulfill all the requirements before you read the instructions to install Android 8.0 Oreo on Galaxy A5 2017.

We will be updating this list when the firmware for other regions are available. You can also keep a tab on the following pages: SM-A520F and SM-A520W.

Once the process is complete, a ‘PASS!’ message will be displayed on the Odin tool window. The device will automatically reboot into the fresh new Android Oreo OS. You can go ahead and start exploring every bit of new features available in the latest Android version.

This tutorial will work for any Galaxy A5 A520F variant. We will be updating the download links when the firmware is available for more regions and models. So, this was our guide on how to manually install Android 8.0 Oreo on Galaxy A5 2017. If you have any questions, then leave a comment.