Android P Beta 2 is now available for the Google Pixel and Pixel 2 phones. You can now download and install Android P Developer Preview 3 using the instructions in this post.

Android P, which is the next and possibly the most significant update to date, is still a few months away from the public launch. However, Google does offer its users to taste the upcoming version through the Developer Preview/Beta program. With the last release, that was about a month ago, we saw major new additions to the system, such as the new navigation gestures, Adaptive Battery mode, App Actions/Slices, improved audio, and more. With the release of Android P Developer Preview 3, Google is one step closer to the final release. If you’re willing to install Android P Beta 2 on your supported Google Pixel/Pixel 2 device, then the steps below have got you covered. 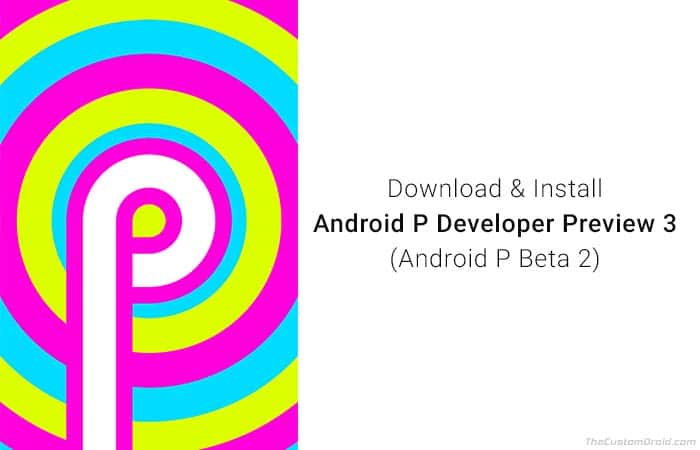 The announcement was made at the official Android Developers Blog. With the Android P Beta 2, Google has advanced towards the release of the final API (API Level 28). Which means app developers can leverage the Android P features and API to publish their updated apps on the Play Store. These apps shall be targetted towards the users who have opted for the Android Beta Program. This will allow the developers to get enough feedback for their apps and get ready for the final Android 9.0 release.

Apart from the core changes mentioned in the official blog post, there are several new additions and features that are now available in the Android P Developer Preview 3. The list of these changes has been sourced from XDA.

With the new features and changes, there also comes a list of known issues with this build. So, don’t forget to check them before installing this update. 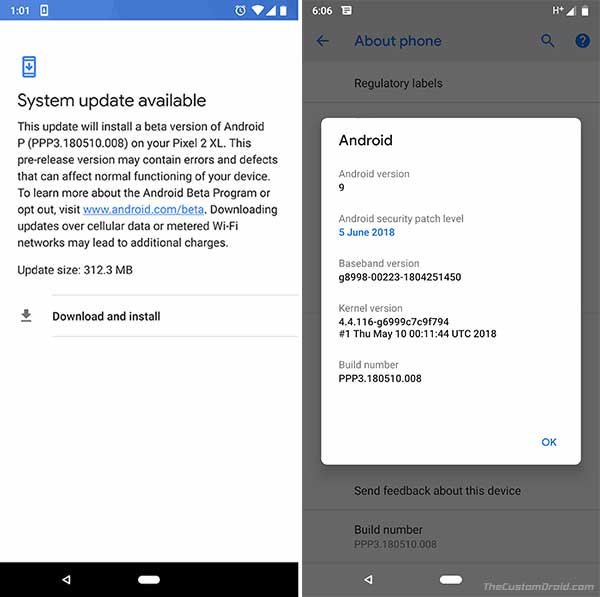 Make sure to check the OTA notification by going to Settings > System > System update before following the steps below.  If you haven’t received the OTA on your phone, then you can opt for the manual upgrade. The process is pretty simple, all you have to do is, download the Android P Beta 2 factory image and flash it on your supported device using fastboot. The instructions will allow you install Android P Developer Preview 3 without wiping data on your Pixel/Pixel 2 device.

Make sure to fulfill all the requirements before you follow the instructions to install Android P Developer Preview 3 on Google Pixel/Pixel 2 devices.

Leave the phone at rest and wait until the flashing process is complete. Once done, the Pixel/Pixel 2 device will reboot automatically into the updated Android P Beta 2 OS. So go ahead and check out all the latest changes and new features. You can contribute to the development process by providing your feedback or submitting a bug report here.

Android P Beta 2 shall soon be rolled out to all the supported partner devices. You can keep a tab on the following device-specific guide for the factory image links:

Should you wish to roll back, you can follow our guide to install June 2018 Android Security Patch.

So, you have just been able to install Android P Developer Preview 3 on Google Pixel/Pixel 2 devices without wiping the data. If you have any questions, feel free to ask us by commenting below.