This year’s I/O event brought the second preview of the upcoming Android version. Indeed, there are a lot of new features and changes that’ll accompany. The new Android P public beta is not just limited to the smartphones, but users with supported wearable devices can enjoy it too. Of course, Google advises it to be used by developers and not by daily users. But it if you’re keen on having a glimpse of what’s new, then you can easily get the preview running on your supported wearable smartwatch. The instructions below will help you install Android Wear OS Preview on Huawei Watch 2 by flashing the factory image. 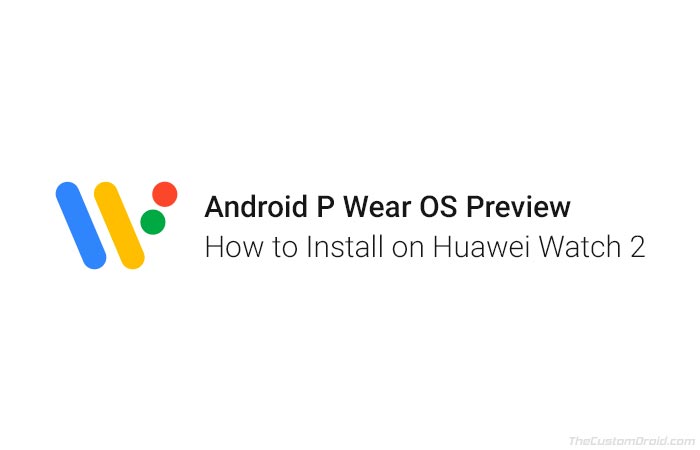 Android P Preview for Wear OS brought some interesting changes for conserving the battery life on smartwatches. One of the features turned off different radios like BT and WiFi automatically when the device was off the body. With the second preview though, the company decided to roll back the change and introduced something that is more efficient.

The second preview brings in a major feature known as the enhanced battery saver mode. According to the release notes published by Google, when the mode is turned ON the device will display a power-optimized watch face. Also, it will disable all the radios, touchscreen, and the tilt-to-wake feature at the same time. Users can easily view the passing time by tapping the button on the side. In order to exit the mode, a user can simply long-press the side button. To add, Google is now striving to improve the power consumption on wearable devices by limiting the background activities of apps and other services.

Considering the time smartwatches spend on our wrists, it is important for them to provide the best amount of battery juice. Google’s initiative with the Android P Wear OS preview is definitely bringing some major improvements to the sector.

So, how do you install Android P Wear OS preview on Huawei Watch 2? It is quite simple. All you have to do is download the supplied factory image and flash it on your smartwatch using fastboot. We have detailed the complete process below.

Make sure to fulfill all the requirements before you install Android P Wear OS preview on Huawei Watch 2.

The installation process could take a few minutes, so leave the connection undisturbed. Once complete, the watch will automatically reboot into the updated Android Wear OS preview. Go ahead and connect the watch to your smartphone and set it up.

Once again, the preview software is recommended only for developers. Don’t forget to check the known issues with the current build. If you’re a regular user, you can still contribute to the development process by submitting your feedback and related bug reports on the official page. Google has advised the developers to start working on their apps and updating them to reflect the latest changes.

So this was our guide on how to install Android P Wear OS Preview on Huawei Watch 2. If you have any questions regarding the flashing process, then please let us know by commenting below.