Vasishath, an XDA Senior Member, released the initial build of Android Oreo AOSP 8.0 ROM to get Xiaomi Mi 3 and Mi 4 along with the ROM is secure enough to use as daily driver. You want to get rooted, and TWRP installed onto your device to utilize this ROM. Download and Install AOSP 8.0 Oreo ROM for Xiaomi Mi 3 and Mi 4 from below download links. 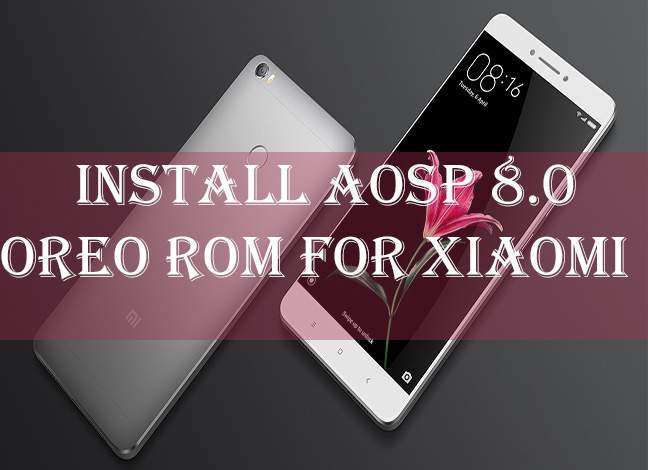 The ROM is based on Oreo build for Mi 3 and Mi4 and missing several features, but the developer still manages to create this ROM working. This build contains some minor bugs, and it’s improved with time. However, the great news is that you can experience Android Oreo on Xiaomi Mi 3 and Mi 4. Download AOSP 8.0 Oreo ROM to get Xiaomi Mi 3 and Mi 4 from below and Update them to Android Oreo manually.

Follow the steps right as they are mention, otherwise, you might end up bricking your device. We’re not responsible for any harm to your phone.

So, by this way, you can easily install AOSP 8.0 Oreo ROM for Xiaomi Mi3 and MI4. In case if you have any doubt, question or suggestion then you can write to us in the comments section.