Want to install Sony Apps like Walkman, Album, Music etc on your Android device? You are just in the right place and we will help you do so.

Every Android user grows envious when they see the amazing stuff a device from another OEM can do. Most of these cool features are part of the proprietary apps that the manufacturer installs on the device. These apps, in most conditions, are inaccessible by other OEM devices. 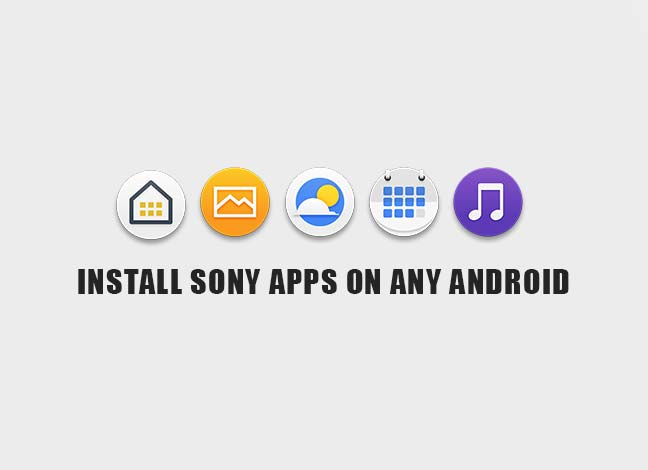 In Android, we can easily download apps from the Play Store. There are a couple of pretty good apps available on Google Play Store, which are developed by Sony. However, these apps are only available for Sony Xperia smartphones. It means, if you’re not a Sony Xperia smartphone user then, you are not eligible for installing any of these apps. If you’re a fan of Sony apps but don’t want to spend money on buying a new Sony smartphone, we will let you know how you can easily install Sony apps on your Android device.

For this reason alone, there is a mod available on the XDA-Developers by Zenith, which will let you to easily install Sony Apps and run them on your Android. The mod is known as “Sony Apps Enabler” and is pretty famous among XDA users. The mod installs the Sony framework files on your device, which tricks the Play Store to recognize your device like Sony’s. The installation is pretty simple and works effectively.

This mod will work on any Android device running KitKat 4.4 or above.

Check out – How to Install Blob Emojis in WhatsApp and Telegram

In order to install Sony apps using Sony Apps Enabler mod, your device must have TWRP recovery installed. Also, make sure to take a complete backup of your Android (Tutorial). Now, proceed to the further steps given below.

Now that you have installed the mods, all you will need to do is download your favorite Sony apps from the Play Store or an external source like APKMirror. The links to all the available Apps by Sony are listed below.

Check out more apps by “Sony Mobile Communications” on APKMirror and Google Play.

Done! Now, you have succeeded to install Sony Apps on Android. If you have any problem, then feel free to drop a comment.