LG has officially announced its first Android One phone dubbed as the LG G7 One through a press conference held in Korea. The LG G7 One is the first device by the company to be the part of Google’s Android One programme, aiming to provide a quality stock Android experience. With Android One, the LG G7 one will receive up to three years of upgrades including the monthly security patches and major version upgrades.

In addition to the LG G7 One, the company has also unveiled the LG G7 Fit smartphone, that comes packed with LG’s custom UX skin on top. Surprisingly, the G7 Fit is not an Android One smartphone and packs two-year-old Snapdragon 821 SoC, earlier seen on LG G6. 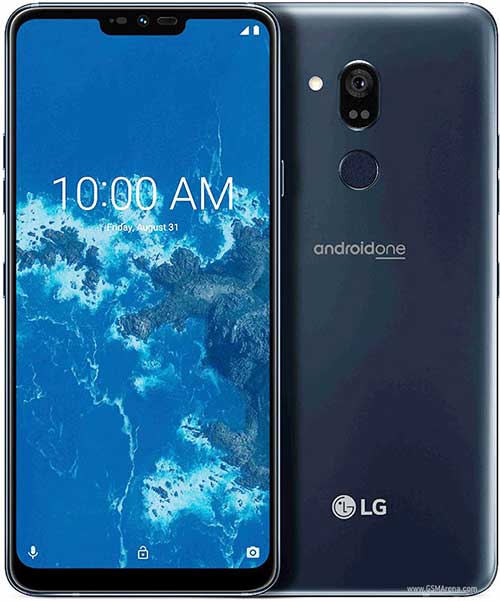 The LG G7 One is a high-end smartphone and sports a 6.1-inches IPS LCD ‘Super Bright’ display, that produces a QHD+ of 1440×3120 pixels. The phone carries a notch at the top of the display, that houses an 8MP front camera, earpiece, and some other components. It is powered by last year’s Snapdragon 835 SoC, compared to Snapdragon 845 of original LG G7. The processor is paired with 4GB of RAM along with 32GB internal storage, expandable up to 2TB via MicroSD.

For connectivity, it is equipped with features like 4G LTE, VoLTE, Wi-Fi 802.11 b/g/n/ac, Bluetooth 5.0, GPS, USB Type-C and NFC. Sadly, features like Boombox speaker and headphone jack present on LG G7 were now unloaded from the LG G7 One.

In terms of software, the LG G7 One runs on the stock version of Android 8.1 Oreo. As the name suggests, the LG G7 One is a part of Google’s Android One programme, with the strategy of bringing a cleaner and fluid Android experience. In addition, the phone is fueled by a 3,000 mAh battery with support for Qualcomm Quick charge 3.0 technology.

In the camera department, the LG G7 One boasts a single 16MP sensor at the rear with F/1.6 aperture. For taking selfies, it has an 8MP front camera with F/1.9 aperture.

Apart from that, the OEM also announced the LG G7 Fit which is considered very similar to the LG G7 One, but only cheaper. It is a mid-range smartphone and sports a 6.1-inches notched display with a QHD+ resolution of 1440×3120 pixels. The phone is powered by an old Snapdragon 821 SoC paired with 4GB and RAM and 32/64GB expandable storage up to 2TB. For photography department, the LG G7 Fit has a 16MP sensor on the back with F/2.2 aperture. On the front, the phone has an 8MP front camera with F/1.9 aperture.

In terms of software, the LG G7 Fit is also based on Android 8.1 Oreo, but with the LG UX skin built on the top of it. Like the G7 One, this one also comes packed with a 3,000 mAh battery and supports Quick charge 3.0. According to LG, Both the G7 One and G7 Fit are equipped with IP68 water and dust resistance and has a 32-bit Hi-Fi Quad DAC enhanced audio.

More details including the price and the availability of these phones are yet to be announced. It will be probably revealed during IFA 2018, which is currently being held in Berlin. We will keep you posted on more details about the all-new LG G7 One and LG G7 Fit.