Oppo’s sequel to its Realme lineup leaks ahead of official launch. The render of the device accidentally went live on Oppo’s official website but has since taken down.

The new Oppo Realme 2 has a similar backplate as its predecessor, but the facade now features a notch. Unfortunately, the specs of the device is still a mystery. Furthermore, the said press render shows that the upcoming Realme device will feature a dual-camera system. This is versus the single 13MP camera on the Realme 1. We are yet to get information on whether what type of setup are we seeing on the smartphone. Nevertheless, we see is it as a good upgrade from the first Realme. 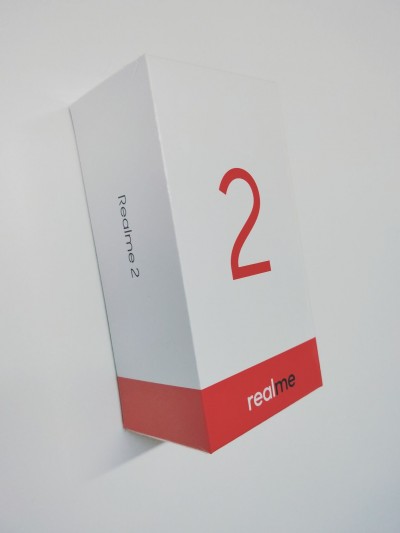 The retail box of the Oppo Realme 2 also surfaced online, confirming the existence of the device. But like the quick show up of the device on Oppo’s website, the retail box didn’t mention a single key spec. It didn’t even mention Oppo, instead, we see Realme like another brand itself.

The handset is believed to feature the same features from its predecessor. For the processor, It’ll be MT6771 MediaTek Helio P60, coupled with 6GB of RAM. The display is expected to be a 6.23-inch Full HD+ display, no mention what type of panel will be used. But we are almost certain that it’ll be an LCD panel. Chinese smartphone makers always seem to shock us though so we didn’t remove the possibility of AMOLED.