Pocophone F1 to get a stable Android Pie in India! 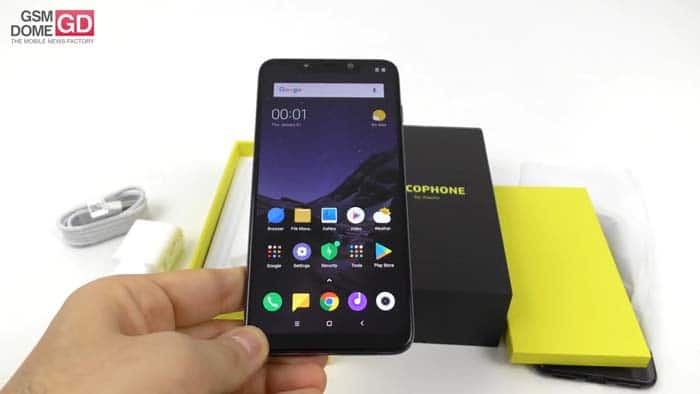 Xiaomi’s ultra-budget flagship, the Poco F1, is finally receiving a stable Android Pie release. Albeit in India for now. Xiaomi’s MIUI10 has already been powering the device since early November, but the version is still based on last year’s Android 8.1 Oreo.

According to some reports, the Android P upgrade weighs a whopping 1.7GB. This will bring all Android Pie features to Poco F1, while also fixing the existing issues that is currently bugging users. Furthermore, the MIUI 10.1.3.0 (PEJMIFI) will also introduce Google Lens support on the default camera app.

Unfortunately, the supposed stable update had users complaining of irritating bugs. According to some users, games on the Poco F1 no longer run in full-screen mode. The option for hiding the notch is also gone in the settings. Hopefully, Xiaomi will be able to fix this problem in the next roll out.

After updating my Poco f1 to Android Pie , my games are not running in full screen . Please fix this ASAP . This affects by gameplay adversely. 😑😐😶@IndiaPOCO @jaimani @cmanmohan pic.twitter.com/AgS68T9isD

The Poco F1 features a notched 6.18-inch full HD+ IPS LCD display. It powered by Qualcomm Snapdragon 845 SoC, paired with either 6GB or 8GB of RAM. Storage options includes 64GB/128GB for the 6GB RAM, and 256GB for the top-tier 8GB RAM model.

Comment Policy: Comments are welcomed and encouraged. However, all comments are manually moderated and those deemed to be spam or solely promotional in nature will be deleted.