Looking for a method to root your device? This guide will help you root Leagoo T10 and install TWRP recovery on it.

Rooting an Android device is considered a common practice when it comes to the popular OEM devices like the Google Pixel 2, Essential Phone, etc. The root solutions are pretty much released instantly and moreover, these devices are supported officially. But the story flips when it comes to the less-known devices, like the one we’re spotting on today. Here, we will guide you through the complete process of how to root Leagoo T10 and install TWRP recovery. 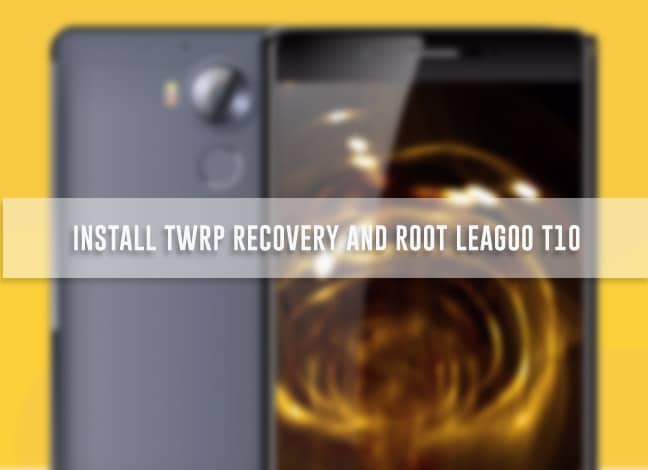 The T10 from Leagoo is a decent spec Android device, but it hasn’t received much attention in the rooting scenario due to its brand name. And since developers don’t know many people who hold the device, they feel it not be worth their time. Yes, that’s right in several ways.

But, the small bunch of users in the XDA community is not yet ready to give up. These users have tried almost every possible root solution, but the direct ones failed rigorously. The most obvious step was then to root Leagoo T10 using Magisk or SuperSU. But that would require a working TWRP recovery.

Thanks to XDA senior member alpha232 for providing the working TWRP recovery image. This recovery is actually based on the LG K10, which shares the same MediaTek chipset as on the Leagoo T10.

Rooting Leagoo T10 will probably void your phone’s official support and warranty. Only proceed if you understand what you are doing. We will not be held responsible for any damage to your phone.

However, in case you find yourself stuck, we shall try to help you to the best of our knowledge.

Before you get to the steps below to root Leagoo T10, it is important that you first fulfill these requirements.

Your phone’s bootloader should now be unlocked. Do not reboot the phone yet or close the PowerShell window. You are now ready to install TWRP recovery and root Leagoo T10.

Once everything is done, tap on the ‘Reboot System’ button. Your phone should now boot into the OS. Go ahead and try some root-enabled apps or Magisk Modules if you have rooted using Magisk.

Check out some mods for rooted devices:

If you face any problems during the rooting process, let us know by commenting below.