Sony has now announced the list of Xperia smartphones that will get the Android 9 Pie update soon. It’s only about a few days since the launch of Android Pie and several companies have already begun scheduling timelines for this major update to their smartphones. Huawei and HTC have already made official announcements regarding it. It seems like Sony also wanted to be fairly quick to adopt the new version of Android on its smartphones. 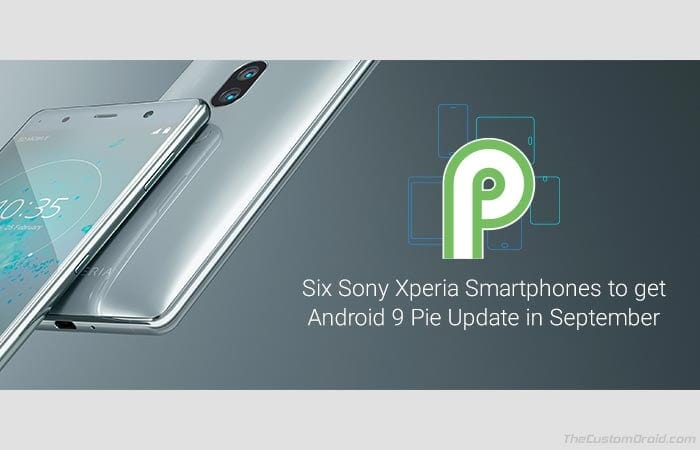 According to the report from GizChina, Sony has also published a list of Xperia smartphones that will receive an upgrade to Android 9.0 Pie. Japanese-based Sony promises Android 9 Pie for six of its smartphones. The list of which is as follows:

It is nice of Sony to support devices like the Xperia XZ Premium that was launched in 2017 with Android 7.1.1 Nougat. Adding software support for three major Android versions is a very good thing from a user’s perspective.

As per GizChina report, the update will begin rolling out in September 2018 and will end at some point in November. This is a very short timeline and we hope Sony will do it. However, what about the rest of 2018 and 2017 Sony smartphones like Xperia XA2 Ultra or Xperia L2 that are not on the list? We hope Sony will also update other smartphones in its product range with different timing and subsequent communications.

Recall that, Android 9.0 Pie adds more efficient battery management by tracking the phone’s usage via AI, new gesture-based navigation, App Actions & Slices, Digital Wellbeing, and more. Apart from that the Google Pixel series and Essential Phone has already received the official update, which definitely compels other OEMs to jump right to it. Stay tuned with us for further updates!