Finally, after a lot of beta testing, Xperia XZ2 is getting the stable Android 9.0 Pie update. The new update is rolling out to the devices with the latest software build 52.0.A.3.27. Also, to add some icing on the cake, the latest Pie treat comes with the October 2018 Android security patches.

Xperia XZ2 is getting Android 9.0 Pie update that comes with a lot of features which reflects the extensive use of AI and machine learning. First of all, the highlighted feature of Pie OS is the Gesture navigation. This is the latest trend of letting go of physical and capacitative buttons. The new gesture-based navigation is now becoming the movement controller. It allows you to swipe up to view recent apps and sliding to left or right will allow you to switch between the recently-opened app.

There is a significant revamp in the design of the interface. Android Pie brings a redesigned Power menu and Settings screen. In the power menu, you have the ‘Lockdown mode’ option which you can use to lock out and disable the fingerprint sensor unlocking. This is useful in case of a forced burglary. It will render the device useless. Power menu also packs a new Screenshot button. This reduces the menial job of pressing the hardware buttons together for a while to get a screenshot. 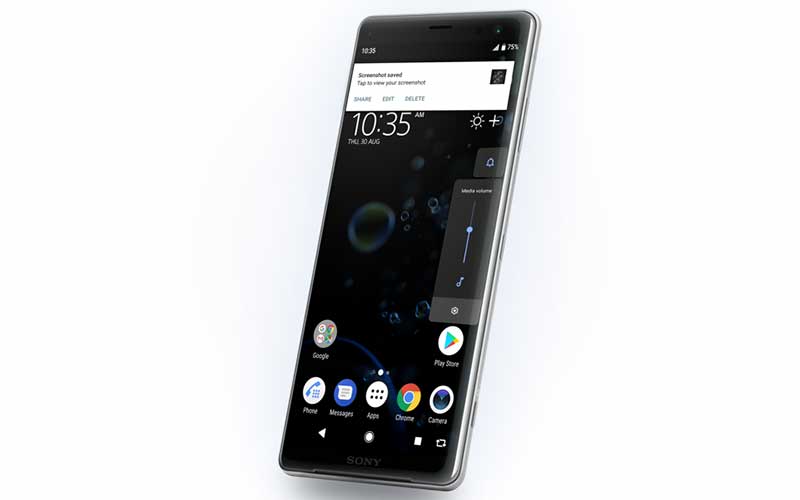 Android Pie also introduces the Digital Wellbeing, a feature that is still in beta. It is an AI-based feature which tracks down the phone’s usage. Then it provides relevant information to encourage efficient use of the device. The concept behind this is the device should not control the humans. A user should be aware of how much time he is spending on his Android device.

Android Pie update for Xperia XZ2 brings the improved Do Not Disturb Mode. There is this new feature called ‘Shush‘. You can activate by putting your phone face-down on the table. Then it automatically enters the DND mode. That not all. There is ‘Wind Down mode’ that fades your screen to greyscale and enables DND mode at a scheduled time. Also, there are ‘App actions’ which gives smart suggestions based on your device’s usage.  App slices are also one of the Android P features which let you perform activities outside the app through an interactive slice of a specific app.

According to the XperiaBlog, Pie also brings the updated camera app, however, there is no sign of selfie portrait mode in it yet. Also, latest Android Pie update for Xperia Xz2 brings enhanced security, alert tone on call recording. Apart from all these, users can enjoy all the standard Android Pie features on their Sony Xperia XZ2. More details on the features are available at the official Sony Pie page.

The Android Pie update for Xperia Xz2 is rolling out over-the-air throughout the globe. It is rolling out in batches, so you have to wait for the update to knock in gradually. The software package weighs a little more than 1 GB (1059 MB to be precise). So, download the OTA using a Wi-Fi connection. This will help you save you from being charged for carrier data. 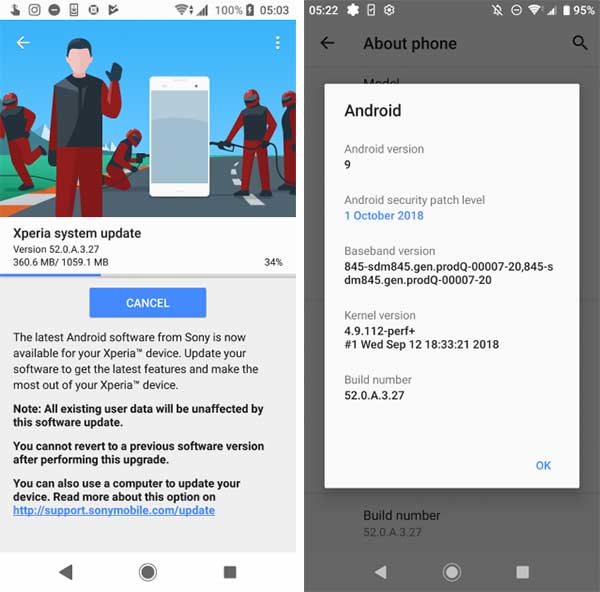 You may manually check for the Xperia XZ 2 Android Pie update. To do so, go to the device Settings -> System -> Software update. If the OTA is available, it will show up and prompt you for installation.

It’s good to see Sony is leveling up its system update game with other OEMs out there. Android Pie is getting really popular with passing time. So, if you happen to use the Xperia XZ2, then do not miss the Android 9.0 Pie update.  Install and enjoy the tasty Pie treat on your device.