The low-cost Oppo A7 will arrive next week!

Oppo’s low-cost handset, the Oppo A7, is all set for the official launch next week, November 22nd. The device will be a cheaper alternative to the recent Oppo A7x and has an almost similar spec sheet with the Realme 2. The handset will come out with three different color options: Glazing Blue, Dazzling Gold, and Rose Pink.

The Oppo A7 will feature a 6.2″ IPS LCD display with waterdrop notch. The resolution will be the increasingly common HD+ (1520×720) but the display will be reinforced with Gorilla Glass 3. Reports also say that the handset will use the Snapdragon 450 onboard, coupled with either 3 or 4GB of RAM. Storage will be 32GB with support for microSD card expansion up to 256GB. Keeping the lights on is a massive 4,230mAh battery. No mention of VOOC quick charge.

For the imaging, the Oppo A7 carries the same 13/2MP (f/2.2, f/2.4) dual-camera setup from the Realme 2. Weirdly enough, the optics on Oppo A7’s 16MP selfie camera comes in at f/2.0. This is also the one that differentiates it from the Realme 2 which only has an 8MP f/2.4 selfie shooter. All systems support HDR though, so it might work decently under extreme light conditions. 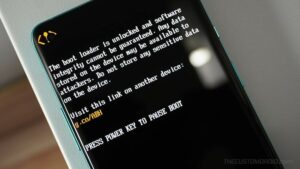