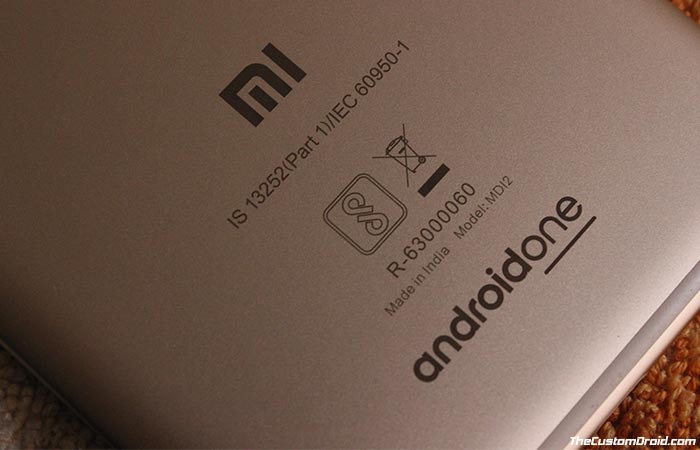 Good news for the Mi A1 users! Project Treble support for Xiaomi Mi A1 may soon arrive unofficially. According to the reports from XDA-Developers forum, users with the Mi A1 would soon be able to install an AOSP-based Generic System Image on their phone.

Ever since Google first unveiled Project Treble, it was clear that every new Android device that comes with Android Oreo out-of-the-box will support Project Treble. But adding its support to the current phones is really a controversial topic and solely depends on the device manufacturer. But that’s not the case anymore. During the past few months, we have already seen a couple of devices such as Xiaomi Mi 6 and Redmi Note 4 getting Project Treble support unofficially via third-party developers. And it seems that the time has come for the Android One-powered Xiaomi Mi A1 users to experience the same.

About a month ago, there were rumors that the Mi A1 will receive Treble support officially via the Android 8.1 Oreo update. However, after installing the 8.1 Oreo leaked beta, we can confirm that there’s still no trace of Treble.

Anyhow, we have still got some real Android enthusiasts over at the XDA portal who have already attempted to port Project Treble to the Mi A1. XDA senior member CosmicDan, along with another member ghpranav have now successfully booted phh-Treble AOSP ROM on the device. Truth be told, the task wasn’t easy at all. You would ask that “a year old device such as the Redmi Note 4 received the support, then why not the Mi A1?”. The answer is quite simple though – unlike the said device, the Mi A1 comes with the A/B partition system, which made things hard, but not impossible though.

So how much time before users can actually apply this hack and enable Project Treble on the Xiaomi Mi A1? – Well, the majority of work has been finished and you can confirm it by looking at the screenshot below.

According to the latest post by CosmicDan himself, the porting was actually the easy part. However, it is porting the Generic System Image which could be hard. But thanks to Android One, the Mi A1 is relatively easy to work on, since things are more streamlined with Google’s requirements for Treble. There are still some major things that need to be fixed, such as Fingerprint Sensor and SELinux Enforcing. The team is already working pretty hard on it, which means that Project Treble support for Xiaomi Mi A1 could arrive soon. How soon? We’re yet to find that out.

What does Project Treble mean for the users?

In simple words, Project Treble is one of the most significant low-level change that the Android OS has seen in years. Basically, it separates the vendor code/implementations from the Android framework using a new vendor interface. Which means, OEMs will get to easily update their supported devices to the new Android version at a much faster pace. We have already seen its huge impact on the devices with the Android P Public Beta.

The unofficial support, however, will have a least-to-no impact over the official updates. On the other hand, it does hold significant importance to the custom ROM development scene. Every time a major Android upgrade is announced, it takes a lot of time and effort for the developers to port it. That’s because the kernel and device tree available at the time targets a specific Android version, which needs to be heavily worked on. And that’s where Project Treble comes in play.

Since the new vendor interface completely separates the OS framework from the vendor implementation, users can easily install and boot a generic system image based on the AOSP code. These builds or GSIs, as we like to call them, can boot on any Treble-enabled device, irrespective of the manufacturer or specs. This, in theory, would be more convenient at the time when devices are out of their official update window.

Project Treble support for Xiaomi Mi A1 could make a significant difference for the device owners. This could be yet another milestone for the Android One-powered device. When the developers post the required files, end-users and enthusiasts can easily use them to install an AOSP based Generic System Image on their phone. Moreover, we can also see already ported GSIs of some popular custom ROMs such as LineageOS 15.1 and Resurrection Remix. We highly appreciate the effort that the said developers have put into this. For constant updates on the development, visit the original XDA thread (Source link below) or bookmark this post. We will be updating this post with the latest development and will also post instructions when the release is made.

This also certainly means that when Android P finally arrives, it would be easier for the custom ROM developers to port the next major Android version, even before the official update by Xiaomi. So what are your thoughts on unofficial Project Treble support for Xiaomi Mi A1? How do you think will it affect the custom ROM development scene for the device? Let us know your opinion via the comments.