Verizon Wireless is a telecommunication company that has collaborated with Motorola in order to produce the world’s first 5G smartphone, the Motorola Z3. As an official partner, Verizon is now rolling out the very first software update for the Motorola Moto Z3. 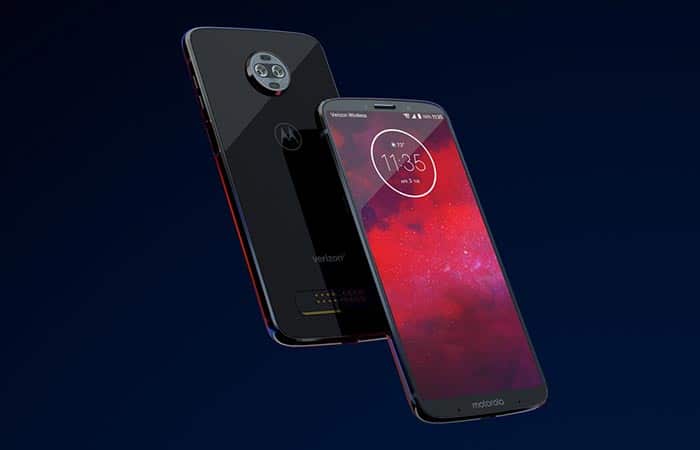 The update advances the build number of the phone to ODXS 28.66-18-1. The first update for Moto Z3 contains the August 2018 security patch, which is the latest one available. The new update is based on Android 8.1 Oreo and doesn’t include tons of new features but a few patches and improvements. For more details on the specific vulnerabilities that have been fixed in this update, please visit

The OTA (over-the-air) update for the Moto Z3 is currently ongoing, and it will cover a wider area within a few days. With the update, the performance of the phone is optimized along with some enhancements in the software department. In case you did not receive an automatic update notification, you can verify it manually. To do it, go to phone’s Settings -> System updates and click on Check for updates. If the update appears, you can use a Wi-Fi network to download it, in order to save your smartphone’s internet data. 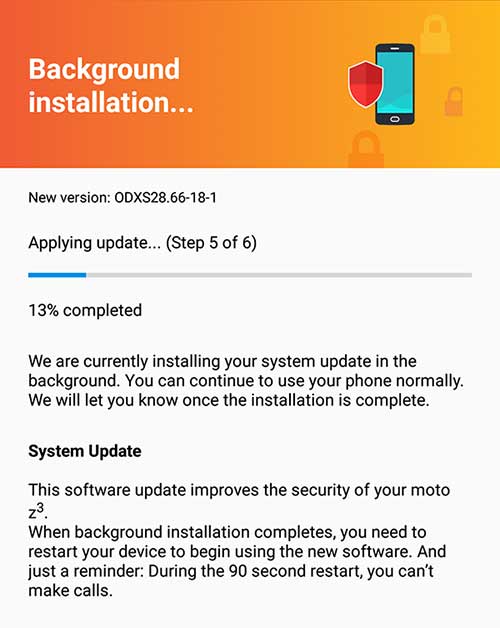 Moto Z3 is one of the latest offerings by the company, and it packs pretty impressive specifications. It has a 6.01-inch Super AMOLED screen with a Full HD+ resolution of 2160 x 1080 pixels. The phone is powered by an efficient Snapdragon 835 SoC, paired with 6 GB of RAM. It has an internal storage of 128GB and comes with a microSD card slot. For photography, the Motorola Z3 is equipped with two 12 Mega-Pixel sensors at the rear and has an 8 Mega-Pixel front camera for taking selfies. It is backed by a 3,000 mAh battery and runs on Android 8.1 Oreo.

The Moto Z3 is less than a month old and has only been released about a few weeks back. In such a short period of time, this phone has received its first software update, which is great! Motorola has already confirmed the arrival of Android Pie on Moto Z3. If any of you have received this update, let us know if you observe any major changes through the comments.