A few hours ago, Vivo has quietly announced the awaited Vivo X23 on their official website in China. As a successor to the Vivo X21, the Vivo X23 has a series of new improvements and upgrades, mainly in terms of appearance. Design-wise, the phone has a strong resemblance to the recently announced Oppo R17.

According to Vivo’s official page, it will have a massive 91.2% screen-to-body-ratio that will provide more impactful visual effect with a water-drop notch, and a narrower chin. The back panel of the phone will have 3D phantom aurora design, that will shift color depending on how you hold it and how the light hits the surface. The X23 will also come with an in-display fingerprint sensor and 3D facial recognition for enhanced security. 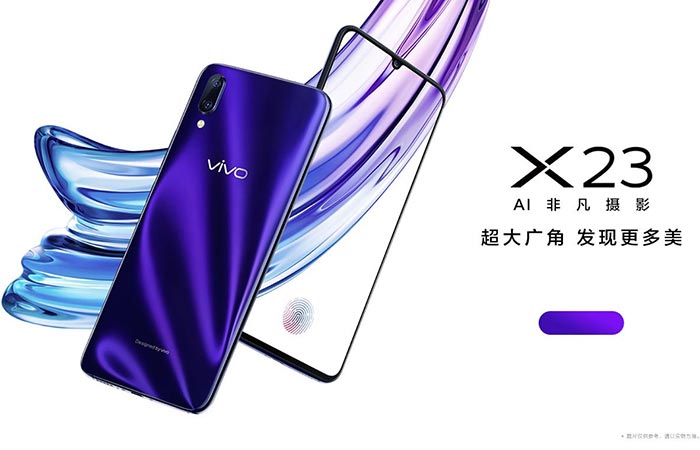 The phone will have an AI front camera that will be equipped with features like, super wide-angle and super-reflective AI photography. The Vivo X23 will have a vertically arranged rear dual camera setup with an ultra wide-angle lens. In addition, It will also have a “super HDR mode” to improve the quality of pictures in low-light conditions.

As described by Vivo, the Vivo X23 will adopt a fourth-generation photoelectric in-display fingerprint sensor, that may improve the recognition speed and so on. However, Vivo yet not reveal anything about the processor that will power the Vivo X23. It will be powered by Qualcomm Snapdragon 670 SoC that may be coupled with 6GB or 8GB of RAM. 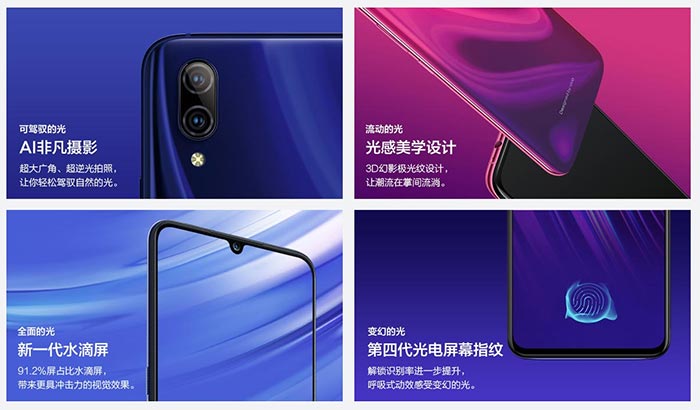 The manufacturer has officially confirmed that the Vivo X23 will make its debut tomorrow. It is already available for pre-order on Vivo’s official website (China) as well as on JD.com (A Chinese e-commerce store). As per rumored specs, the phone will sport a 12MP + 5MP rear dual cameras. It will be fueled by a 3500 mAh battery and will also have a USB Type-C port. In this regard, it should be a great device to meet the needs of users.

Stay tuned with us for any further updates!