In recent times, a smartphone can act as a ticking time bomb inside your pocket. This may sound like an intentional pun, but Mi A1 users are now in tension due to this. In a shocking incident in China, a Xiaomi Mi A1 explodes while it is being charged. To make things worse, the explosion happened at late night while the user was sleeping. However, the owner did not sustain any grave injuries.

A member on an MIUI forum shared the images of the affected device. He cites the device belongs to his friend. Strangely, there is not a scratch on the display of the device but the backside in heavily damaged. However, the device was inside a case while being on charge. So, we think maybe the heat was accumulated while charging due to the presence of the case. This overheating and non-dissipation of heat may have caused this issue.

Apparently, the user has complained to Xiaomi and the OEM is yet to officially state anything on this matter. Also, the original poster says that the device was 8-months old out-of-the-box. 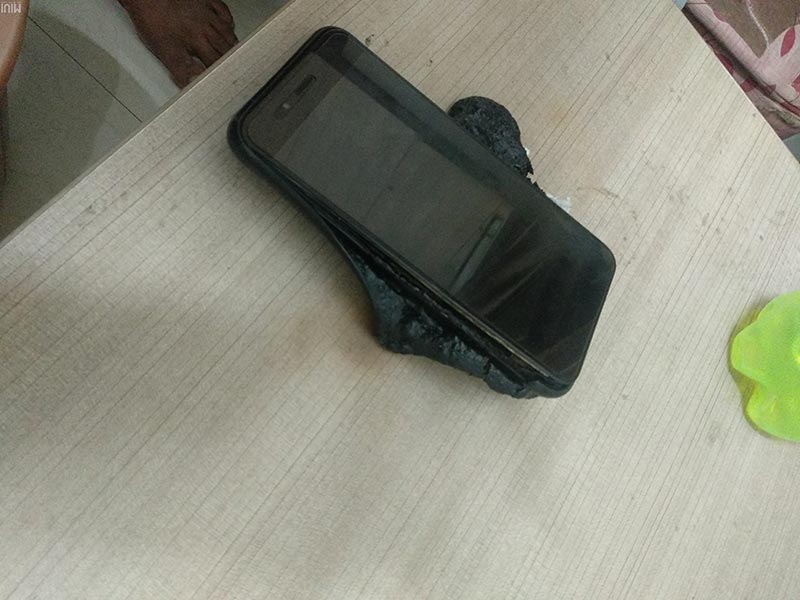 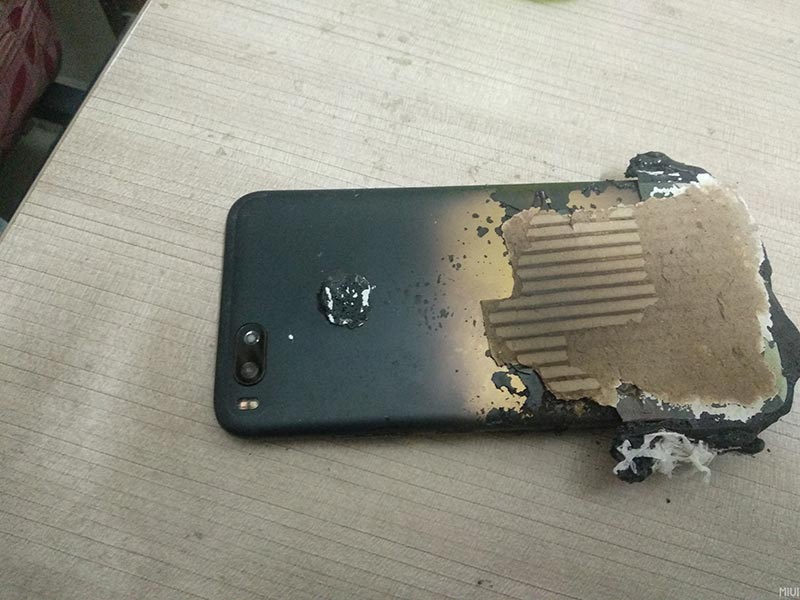 Previously, there had been some devices from the Chinese OEM which exploded but this is the first-ever instance of a Mi A1 blast. There can be many reasons for this phenomenon. Usually, we end up blaming the device for an explosion. Instead of that, we should watch how we use the phone. If you use any smartphone, no matter flagship or budget device, always use the dedicated charger that comes with the device in the retail box. Trying to use any non-branded or third-party charger may cause voltage issues and lead to such incidents.

The only case where the device was blamed for exploding was the infamous Galaxy Note 7 which exploded in multiple occasions. Remember that battery is the heat-producing entity in a smartphone. An explosion occurs when the temperature crosses a threshold which the device is designed to withstand. Also, on a similar note, never leave your device charging for hours in the night. Probably, that’s what happened in the recent Mi A1 explosion. Overcharging the device is unnecessary, and affects the battery.

Also, remember another important point. When your device is set on charging, do not use it. It will further lead to an increase in battery temperature leading to some mishap. The same applies to the power banks as well.

If the device is wireless charge enabled, then use a charger that is compatible and suggested by the OEM. Also, if you are using power banks, then use the official ones. Non-branded power banks may cause such issues. If you are at all getting any power bank dedicated or the third party, make sure that it’s protected. Protected in the sense, it should be short circuit proof. Also, it should be an anti-voltage surge.

Also, as a last resort, if you experience severe heat surge while charging or normally just using the device, then take it to the official device service center. Never overlook these issues. You do not want your phone to explode.

Now a few people using the Mi A1 may get into panic mode. Well, nothing will happen if you properly use the device and follow basic guidelines as we mentioned above. You can use any App to keep track of the temperature of your phone.  This will help you track any unnatural heating of the device and you can use it carefully. Speaking of which, you can go for the CPU-Z, which is a good App to keep track of your smartphone’s temperature. (This is not any paid promotion of the concerned App!!). You can literally use any App you want.

Besides, this looks like an isolated case. The Mi A1 is now one-year-old phone and never such incident was reported till now. It’s probably the negligence of the user or the use of a bad charger, may have lead to the explosion.

Though Xiaomi Mi A1 explodes, it leaves an alert message to other users to make use of the device efficiently. Follow proper charging accessories and guidelines and it will never lead to any kind of explosion issues on the Mi A1.