For over a month now, the upcoming version of Android has been a topic of immense gossip. Google, in its own smart way, laid out the first preview for the supported Nexus devices, along with a precise timeline for the future releases, leading to the final version. As per AndroidCentral, Google indicated that the N Preview was soon coming to non-Nexus devices. The statement has indeed been proved right, now when Sony has announced that Xperia Z3 Android N Developer Preview is official.

The first preview bought some hefty features, including Multi-window support, bundled notifications, revamped settings with a new menu, improved Doze support, and much more. Later this month, the second release of the developer preview came into existence, about a week ago. Of course, Preview 2 improved performance, fixed a few bugs and added some new features like Vulkan, Launcher shortcuts, new emojis, and some fine improvements. 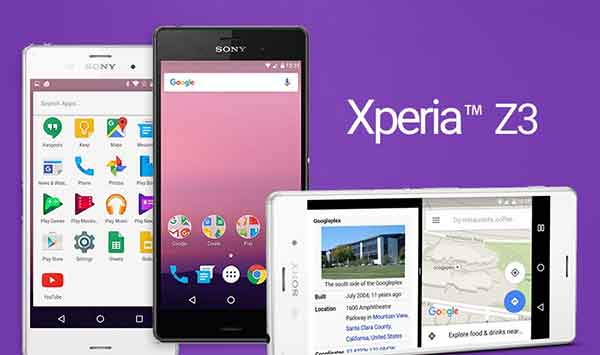 Sony indeed chose the Z3, for its popularity and stable nature. But we are still not sure why Z5 wasn’t counted at the top of their list. Anyways, this is good, and of course completely unexpected. Sony doesn’t want its users to feel left out in regret, rather it wants them to cherish the taste of this upcoming version and its new features.

So what exactly would this bring to your Z3?

You can have a look at the detailed features by clicking the link below.

Read: Android N Features – What We Know So Far

The Developer Preview could be installed on the following two Z3 models: D6603 and D6653.

Unlike the Nexus devices, Xperia Z3 users don’t have to opt-in for Android Beta Program. The installation on the Z3 is followed through Xperia™ Companion software, which is only operational on Windows OS. In order to install Android N Developer Preview on your Xperia Z3, you will need to install Xperia™ Companion v1.1.24 or later. Not to mention, but make sure that you have backed up your device completely. The process below is likely to format your complete device, including the apps and storage.

We dearly hope that you will enjoy Android N Developer Preview on your Xperia Z3. Tell us more about your experience, through the comments.

Not sure whether to install or not? Read — Should I Use Android N Developer Preview As Daily Driver?

If you face any issues, you are requested to submit them to N Developer Preview issue tracker.