So, here’s another month, and another update that eliminates several vulnerabilities in the Android code. Users are already shifting to Android P Developer Preview 2, as it seems to be stable at the moment. However, those who are utterly concerned about the stability and security of their devices should probably stick to Android 8.1 Oreo. While the OTA is out already but you might have to wait for some time before it reaches there phone. In such a situation, you can opt for a manual upgrade, which is quite easy too. The instructions below will help you download and install June 2018 Android security patch on Google Pixel and Nexus devices. 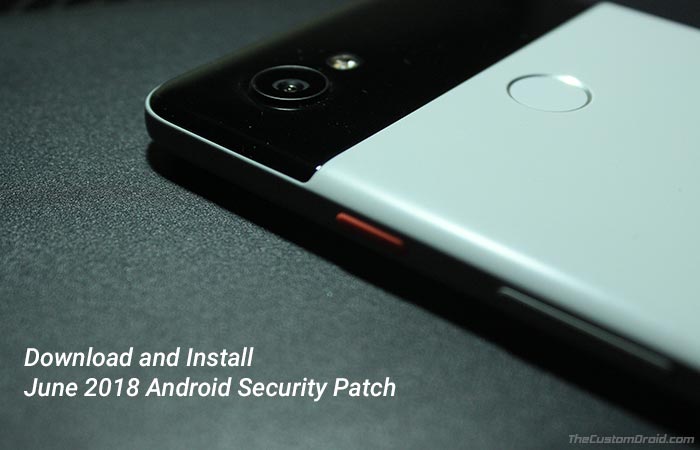 The security bulletin for the month of June was published on 4th June 2018. It enlists the found vulnerabilities in the Android OS and silicon manufacturer code that was fixed during the last month. There are several patches that range from high to critical level of severity. Of which, the most severe vulnerabilities affected the Media Framework and System. These could allow an attacker with a specially crafted file to execute arbitrary code within the context of a privileged process.

To add, the Pixel/Nexus-specific bulletin lists 6 different functional patches. These include Bluetooth Low Energy performance improvements for all the supported devices. There are also improvements related to Proximity Sensor and Always On Display on the Google Pixel 2 XL. For the reset, you can refer to this page.

Again, this bulletin is shared with OEMs so that they can promptly push the update to their devices that are within the support window.

The June 2018 Android Security Patch started rolling out to the Google Pixel/Nexus immediately after the bulletin was published. However, the rollout occurs in stages. Which means, that the OTA update will reach a bunch devices/regions and would further expand over the week.

But if you’re not comfortable with waiting that long, you can simply follow the instructions below to install June 2018 Android Security Patch on Google Pixel/Nexus devices. Google has already published the corresponding factory images and full OTA images, for those looking forward to a manual upgrade.

We have provided two methods below that will help you install the latest Android security patch on your Google Pixel and Nexus device. Method 1 involves flashing the factory image on your phone using fastboot. We have included a simple trick as well, that will allow you to preserve the data on the internal storage post the process. Method 2 will guide you to sideload the full OTA image via stock recovery. It is much simpler, doesn’t require an unlocked bootloader, and also doesn’t wipe any existing data.

The flashing process would take a few minutes to finish. Once complete, the Pixel/Nexus phone will automatically reboot into the OS.

Your Pixel/Nexus device should boot into the upgraded OS with the latest security patches.

Updating to the latest security patch ensures that your device is now more secure with all the patches provided by Google. The new patches will also be incorporated by other Android OEMs to quickly push the update for their respective devices.

So you were just able to install June 2018 Android Security Patch on Google Pixel and Nexus devices. The process was quite simple, right? But if you still have any questions, please let us know by commenting below.