Google recently started rolling out the infamous Lens feature to more Android devices recently. And starting today, you can now get Google Lens on any Android device running Marshmallow 6.0 or above. If you’re not able to download via the Play Store, then we have also provided a link to download Google Lens APK, for manual installation.

About more than a year ago, the tech giant announced a fresh new AI-based feature during I/O 2017. Known as ‘Google Lens‘, the feature was still in Beta and accompanied the Google Pixel phones initially. Google Lens is an AI-powered technology that not only helps to identify objects around you, but also display relevant information and available actions for the same. It was only recently that the feature was rolled out more widely to other OEM Android devices. And now, the company just published the standalone Google Lens app on the Play Store. In this post, you shall know more about what the feature actually is, and also how you can easily download Google Lens for your Android device. 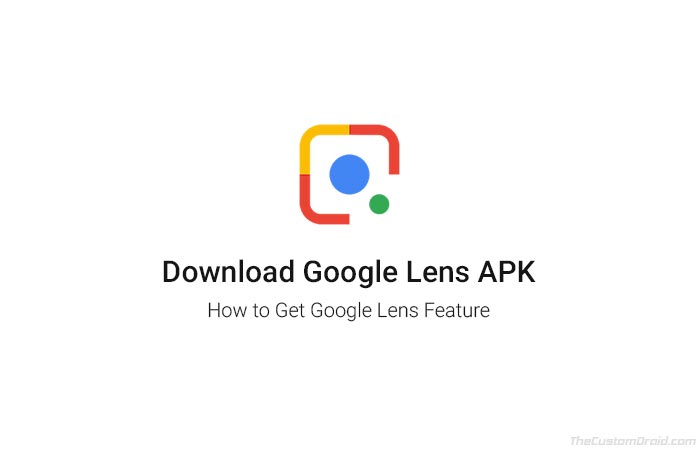 During its recent annual developer conference, Google said that devices from the 10 specific manufacturers shall soon receive the Google Lens feature as part of the stock camera app. These include –  LG, Motorola, Xiaomi, Sony Mobile, HMD / Nokia, Transsion, TCL, OnePlus, BQ, and Asus.

For Android users who already have the Google Lens feature integrated with the Google Assistant/Photos may find this app redundant. That’s because the app will not bring any new features to such devices, but will only serve as an additional way to launch the feature.

So what advantage does it hold for the rest? Well, it’s simple. The app could be considered as the easiest way to get Google Lens on your device. The only requirement is that your phone should be running Android Marshmallow 6.0 or above.

As said, the app is now available on the Google Play Store. If you’re not able to find it, then you can simply click on the button below. For users who face compatibility issue or couldn’t find the app just yet, can download Google Lens APK from APKMirror and follow the installation instructions below.

In order to install the app manually, you must first enable ‘Unknown sources’ or ‘Install unknown apps’ option in the device settings. For Android Nougat/Marshmallow, go to Settings > Security and toggle ON the ‘Unknown sources’ option. For Android Oreo, go to Settings > Apps & notifications > Special app access > Install unknown apps and enable the option.

Now that you have succeeded to install Google Lens app on your Android phone, follow the section below to know how to use Google Lens via the app.

How to Use Google Lens?

The app is the quickest way to access the feature on your Android device. All you have to do is, open the app drawer on your phone and press the ‘Lens’ app icon. You shall also be prompted to grant camera permissions to the app, so make sure to grant them. 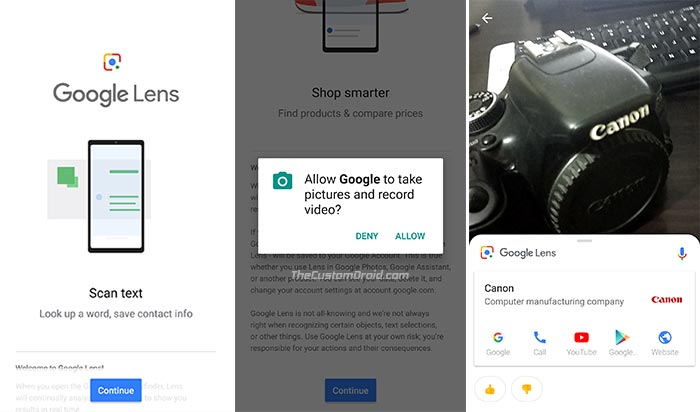 This shall automatically launch the viewfinder window, all ready to identify the real-life objects around you. So, simply scan the desired object using the viewfinder and tap on it. Once you tap, the Google Lens feature will do its magic and tell you exactly what you’re looking at.

Note that the feature itself is based on AI, which means it still can’t ID everything around you. For now, Google Lens can easily identify clothes, books, buildings, plants, animals, and works of art. To add, it can also scan the text through the viewfinder and further allow you to copy it. Personally, I couldn’t get it to work using the app on my Xiaomi Mi A1. However, it works pretty well using the Assistant-integrated Google Lens on my Pixel 2 XL.

So there you have it! You have just been able to download Google Lens APK and get the feature on your Android phone running Marshmallow or above. Does this work on your phone? Please let us know by commenting below.