Recently, some folks over at the Universal Profile subreddit have figured out a method that shows how to forcibly enable RCS in the Android Messages app, on any Android device and carrier.

For those who don’t know, “RCS” is an abbreviation of “Rich Communication Services“. Similar to some popular instant messaging apps like WhatsApp and Telegram, or iMessages in iOS, RCS allows users to send text messages over WiFi/mobile data, start group chats, share images and locations, and do much more, making it a true modern messaging successor to “SMS“.

According to Wikipedia, RCS came into existence years ago, but mobile carriers around the globe have been slow to adopt it. Recently, AT&T, Sprint, T-Mobile, and Verizon recently announced their joint venture in the US to support cross-carrier messaging support over RCS. However, according to AndroidPolice, it would be available via their own RCS standards, which is sad.

But not anymore! You can now enable RCS on any Android device using the Android Messages app by Google.  Credits for this method go to u/sh0ch for figuring the method, u/NashRadical for publicizing it, and u/LinkofHyrule for finding workarounds for some issues.

The method uses the “Activity Launcher” app to launch a hidden RCS activity present in the latest beta version of the Android Messages app. Although it is sort of a neat little trick, the method has been tested and confirmed to be working properly by more than hundreds of Reddit users, using different devices like Pixel 4, Pixel 3, OnePlus 6T, OnePlus 7 Pro etc and on various carriers including AT&T, Verizon, Sprint, T-Mobile, etc. 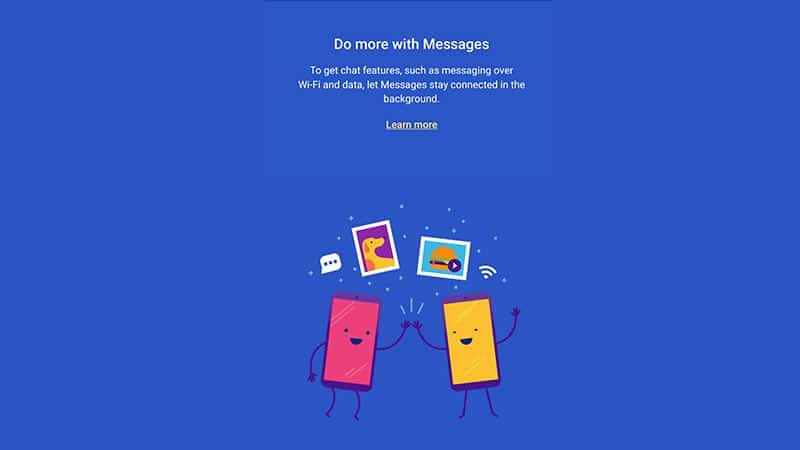 Now go ahead and follow the instructions below to enable RCS in the Android Messages app on your smartphone right now!

In order to properly enable RCS on your Android device, make sure that the requirements stated below are fully met.

How to Enable RCS in Android Messages App 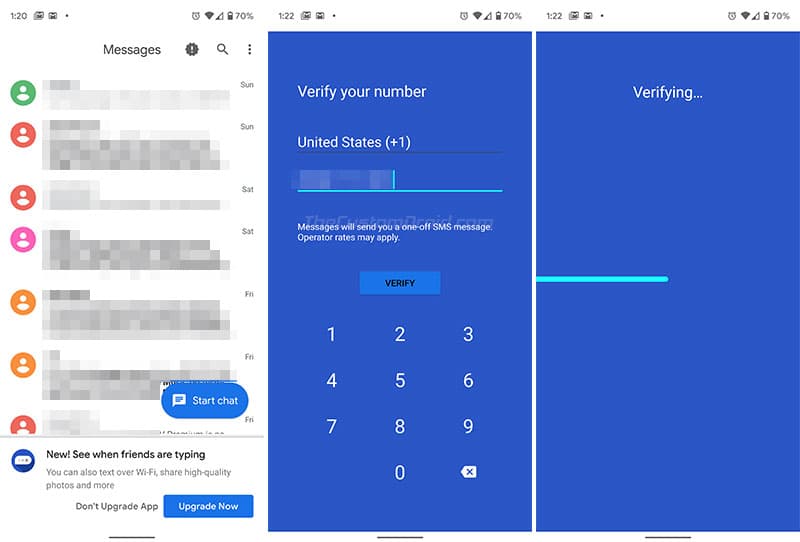 Once the setup is complete, you should see the new “Chat features” section in the Android Messages settings with “Status: Connected” at the top, along with other RCS chat features. 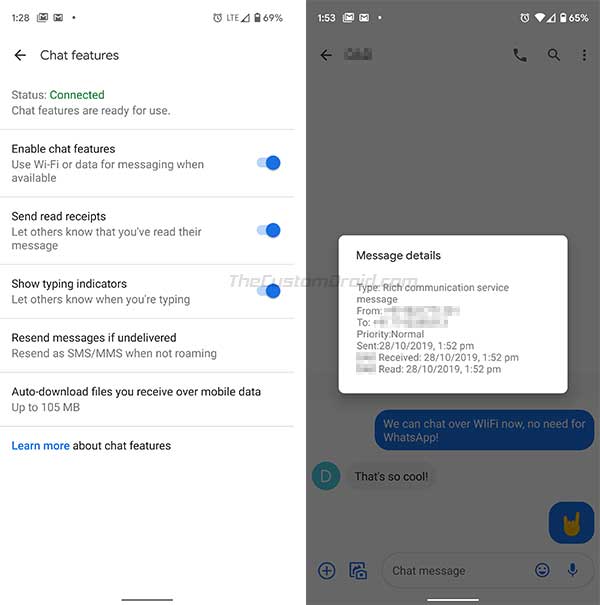 If the steps above don’t work for some reason then, you may try some of the troubleshooting steps listed below.

So, you have just succeeded to enable RCS on your Android device using the Android Messages app. You may now go ahead and open a chat session with a friend of yours who is using RCS, to send messages over WiFi/mobile data, share photos, and do much more.

Has this method helped you to enable RCS on your device? Please let us know via the comments below.