Some great news for non-flagship Galaxy phone owners today! Samsung is now rolling out the Galaxy A5 2017 Android 8.0 Oreo update in Russia.

The Galaxy A5, along with the A3 and S7/S7 Edge showed up on the Wi-Fi Alliance indicating that Android 8.0 Oreo release imminent. As it turns out, the update is finally rolling out for the Samsung Galaxy A5 2017. It is refreshing to see that Samsung is putting work into non-flagship Galaxy phones as well. 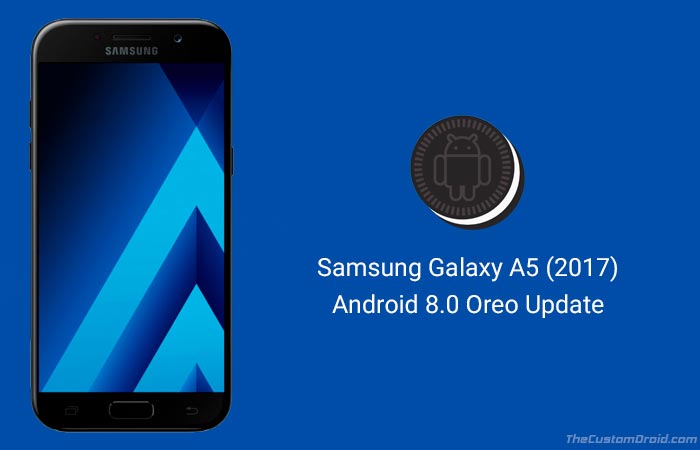 Samsung has taken its time, more than half a year and continuous beta testing before it released Android Oreo update for the Galaxy S8 and S8+. It wasn’t much later when the update arrived for the Note 8 users as well. The manufacturer has now focused its attention towards the rest of the supported Galaxy lineup.

The news first popped up on Sammobile, where a few users reported of receiving an OTA notification regarding the update. Android 8.0 Oreo OTA weighs 1.2 GB (1256.44MB) and lists the same changes as we have previously seen for the Galaxy S8/S8+. The new firmware is labeled A520FXXU4CRD5, which is meant for the Russian users. It is expected that Galaxy A5 2017 Android 8.0 Oreo update will certainly face a disparity when compared to the flagship phones. 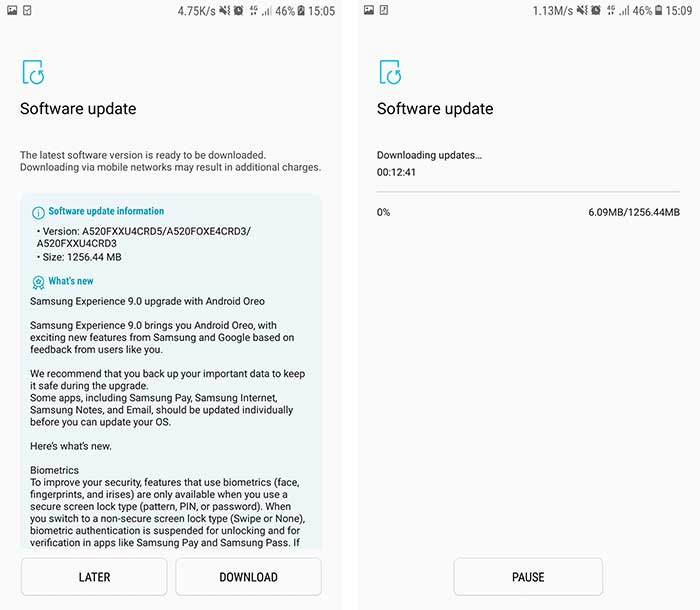 Samsung Experience 9.0 on the Galaxy A5 (2017) certainly brings a lot of new and unique features. These include keyboard improvements, new emojis and stickers, Color Lens, Dual Messenger, and more. For more details, you can refer to the Samsung infographic here. Since the new update is based on Android 8.0 Oreo, it shall contain all the standard features including Picture-in-Picture mode, Notification Channels, Background Limits, Autofill Framework and more.

The OTA rollout shall occur in stages, which means it would be reaching out to more countries and carriers in the coming days or weeks. If you have already received the update notification on your phone, then make sure to let us know by mentioning the region/country.