HMD Global started beta testing Pie for Nokia 8 via Beta Labs. Not much later, the stable Android Pie update was announced. If you have not yet received the OTA, then you can follow this tutorial to install Nokia 8 Android Pie Update right now. This could be easily done by using a simple dialer code.

The Nokia 8 was released back in 2017 with Android 7.1.1 Nougat and was later updated to Android 8.1 Oreo. And now, the manufacturer has announced another major OS version for the device. Devices like the Nokia 7 Plus, Nokia 6.1/6.1 Plus, and Nokia 7.1 have already received their update to Pie. A while back, it was announced that the Nokia 8 will be getting Pie update in November 2018. However, on November 30,  it was told that there were still some issues that needed to be addressed and the update was delayed eventually.

Recently, Juho Sarvikas (HMD Global’s CPO) made it official that stable Android Pie for the Nokia 8 is now live. Since the OTA is rolling out in phases, it might take its time before it reaches your Nokia 8 unit. In that case, you can follow the instructions below to manually install Nokia 8 Android Pie Stable Update.

XDA Senior Member czupyt has been publishing links of internal OTA updates since late November. With the official Pie beta now available, another member THMSP posted the link for Stable Android Pie OTA for users who’d like to update manually. The method is very simple. All you need to do is, download Nokia 8 Android Pie OTA and then use a dialer code to update. 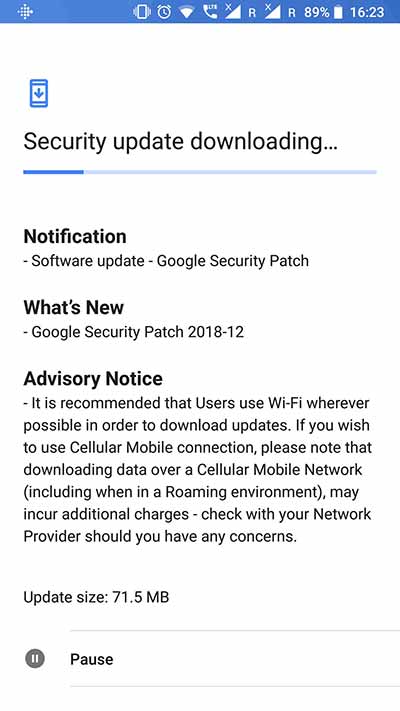 Before you head down to the instructions and install Android Pie on Nokia 8, take a quick look at what is new in this update. Since the new software is based on Android Pie, you’ll get to enjoy the standard features including Adaptive Battery/Brightness, App Actions, revamped notifications/quick settings/settings menu, and more. Apart from that, the update also comes with the latest December 2018 security patches.

Users who have already installed have also reported of improved battery life, which is convincing enough, as users are often disturbed with high battery usage on the beta firmware.

The download links provided below are the courtesy of some XDA community members including but not limited to czupyt, THMSP, and hikari_calyx. So, the credits go to them.

Once your Nokia 8 reboots, it shall be on the Android Pie with the latest security patches. Go ahead and enjoy all the latest features on your phone now.

HMD Global has really proved itself when it comes to software updates. Many of their devices are already running Android Pie including the Nokia 8 and Nokia 8 Sirocco. It didn’t take long for the OEM to beta test the new OS and was quick enough to push the stable update to its users.

So there you go! You have just been able to install Nokia 8 Android Pie Update. If you have any questions about this procedure, please feel free to drop a comment below.