In its venture to celebrate its milestone of 50 million Mi Band 3 units that were sold worldwide, Xiaomi is soon going to release the NFC version of the Mi Band 3. The smart-band is expected to be available from 19 September 2018. Official Mi Band 3 NFC Edition live images have surfaced online ahead of the official release.

To cover up, the Mi Band 3 comes with 0.78-inches OLED display with a resolution of 128 × 80 pixels. The screen can display up to 24 high-resolution large characters. The band could easily be connected to an Android device with Android 4.4 or above and any iOS device with iOS 9 or above over Bluetooth.

The Mi Band 3 facilitates instant notifications, weather information, incoming calls, text messages, and more. With a 110 mAh battery, the band can last up to 20 days on a single charge. To add, the Mi Band 3 is also water resistant, which makes it a very good choice for active water sports.

The new Mi Band 3 NFC Edition will offer the same hardware specs as the regular version. But as the name suggests, the NFC version will allow the user to make contactless digital payments via Mi Pay. Mi-Pay is a well-known opponent of Google Pay and Samsung Pay, especially in China. To add, the Mi Band 3 NFC Edition will also support City Bus Payments across 167 cities in China. Despite the added NFC chip, the all-new version will still offer a 20-day battery life.

Now, right ahead of the official launch that will be held on 19 September, the live images of the Mi Band 3 NFC Edition have popped up online.

There are a total of 3 different images showcasing the design and the retail box. The first image shows a part of the orange-colored band with a new button with ‘Limited Edition’ and ‘NFC’ inscribed on it. The second image gives us a good glimpse of the Mi Band 3 NFC edition’s design, which is very similar to the regular version. The all-new NFC version is shown with an orange band color. The last and the third image is of the orange-colored retail box. 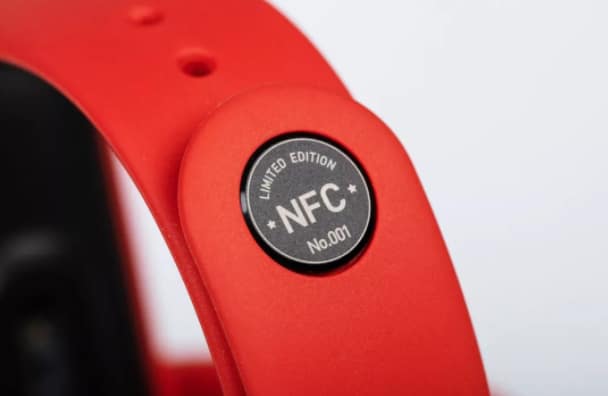 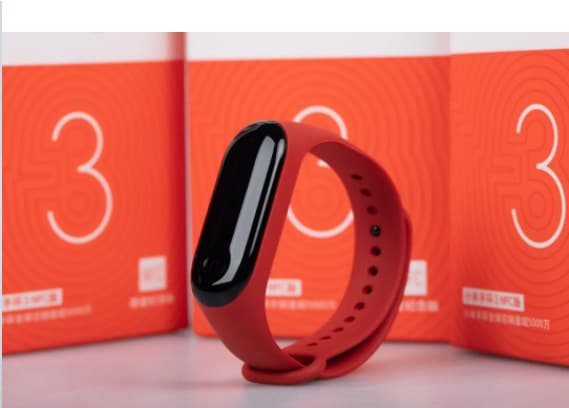 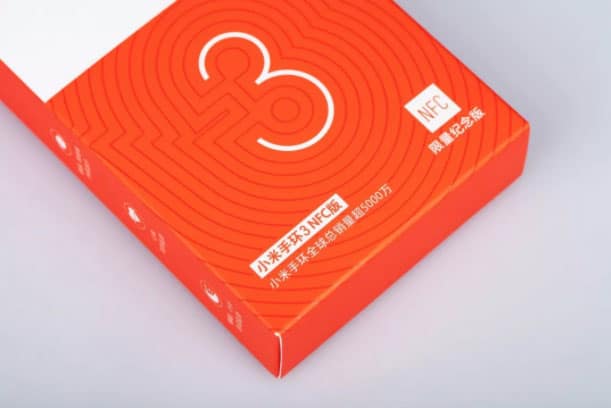 Although the orange color looks poppy and is representing the brand, we are still not sure if it will be available in Black colors. By the looks of it, one could assume that the Mi Band 3 NFC Edition will be limited in numbers.

All the provided images have gotten us really excited for what is to come on 19 September. If you have not availed the Mi Band 3, then now will be a good time to get your hands directly on the NFC version.