Android 8.0 Oreo Is Rolling Out to International LG V20 Now 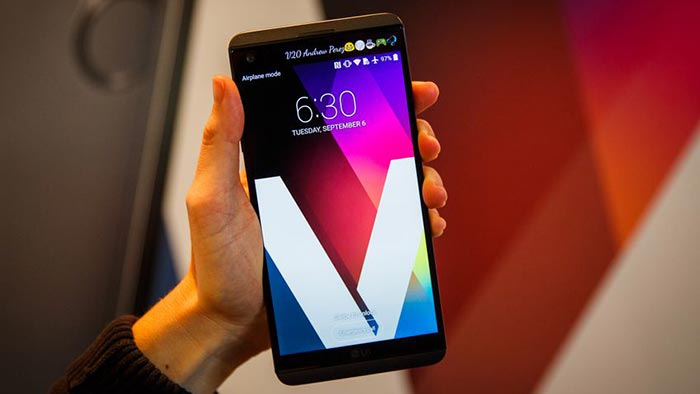 While a majority of the world is busy enjoying the Android 9.0 Pie, LG is still struggling to bring oreo OS to its devices. Though it boasts of its Software Update Center, it is very far away from being an efficient OEM. Currently, Android 8.0 Oreo is Rolling Out to International LG V20. Almost after a month, the US tele-carriers rolled out Oreo to LG V20, now international variants also followed the suit. As of now, the international version with model H990DS and the Hong Kong model H990N is receiving the Oreo update.

Android Oreo Update for International LG V20 packs the September 2018 Android security patch for the device. The latest system OS also brings improvement to the comfort-view. Post the update, light filter in the comfort-view can now be adjusted by the users. Also, there are some changes in the privacy policy of the LG software update. This latest Oreo update also bumps a new software version number – V20D.

Along with these changes, the new update also comes with the standard Android Oreo features. These include the notification dots, picture-in-picture mode, app categories, nightlight etc. Also, you can enjoy new features like NAN, which is Neighborhood Aware Networking. This enables the devices to connect with one another without an internet access. You will also see new Adaptive icons after the Android Oreo update. This means App icons can be shaped into various styles as the user wants.

Android Oreo Update for International LG V20 is moving as an airborne update. It will knock into your respective devices in different phases. So, have some patience while the OTA update shows up. Your device will itself catch the OTA update and prompt you to install the same. However, if you don’t want to wait, then you can manually capture the OTA as well.

To do it, go to the device Settings -> General -> System Updates -> Update LG Software and tap on ‘CHECK FOR UPDATE‘. We suggest that you connect to a good Wi-Fi network to download the system software update. The OTA which brings Android 8.0 Oreo to LG V20 weighs 1.8 GB. So, downloading through Wi-Fi will save your carrier data charges.

LG V20 is two years old now. When it released back in 2016, it ran Android 7.0 Nougat out-of-the-box. After two years it is getting a step-up to Android 8.0 Oreo. Usually, a smartphone gets two major system updates within two years of the time frame from its release. Now, we can be pretty sure that LG V20 will not be getting any more system update. The Korean OEM should concentrate more on improving its software rollout process.

Better late than never, if you use an LG V20 international variant, then do not miss this update. It also brings the latest security update which is an advantage. Install and enjoy Android 8.0 Oreo on your device.