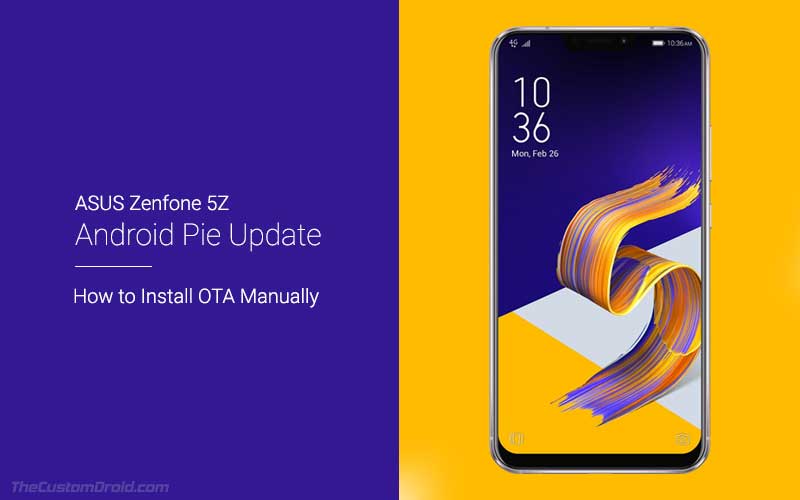 Asus has started rolling out Android Pie for Zenfone 5Z (ZS620KL) with version number 90.10.138.175. In this post, you can download Asus Zenfone 5Z Android Pie OTA Update and install it manually using the provided instructions.

The announcement was made directly on the ZenTalk forums. But, there’s not much information that you could gather from there, only that the Android Pie build comes with version number 90.10.138.157.

Asus Zenfone 5Z Android Pie update carries all the standard Pie changes and features on top of the stock ZenUI skin. This means, you will be able to experience several new features including but not limited to new gesture-based navigation, App Actions, revamped settings, notifications, and Quick Settings UI.

Also, according to XDA-Developers, the update comes with November 2018 security patches, which is sort of a disappointment. We dearly hope that Asus would soon roll out an incremental update to the users incorporating the latest security patches. Apart from that, it is still a major upgrade.

The update, as always, is rolling out over-the-air and has already reached the users in Taiwan and India. The rest of the regions should follow up soon now. On your phone, go to Settings > System > System updates and check for the OTA notification. If it has not arrived yet, then you can follow the instructions below to download Asus Zenfone 5Z Android Pie OTA Update and install the OTA manually using ADB sideload.

This full OTA package has been provided directly by Asus on their official device support page. On the other hand, the Incremental OTA package was provided by XDA Senior Member mickey36736. Make sure that you visit the XDA thread and press the ‘Thanks’ button for him.

The incremental OTA package should work in most cases unless your phone has a firmware installed with a version number other than V80.30.96.221. In such a case, you can use the Full OTA package.

Now, there are two ways to install Android Pie OTA on your Zenfone 5Z is quite easy. You can either use Method 1 that uses in the inbuilt update mechanism and is the easiest way to upgrade your Zenfone 5Z to Android Pie. But in case it doesn’t work for some reason, then you can use Method 2 and sideload the OTA package via ADB Sideload.

Once the process finishes, your Zenfone 5Z will reboot back into the upgraded OS. Go ahead and start exploring all the new features.

Asus might have been a bit late, but they sure have held up to their promise of releasing the Android Pie update for the 5Z. So this was our guide on how to install the Asus Zenfone 5Z Android Pie OTA update. If you have any questions regarding the process mentioned in this post, then drop a comment below.