You can now download the latest Google Camera 7.6, 7.4, 7.3, and 7.2 ports with Pixel 4’s Astrophotography mode from major GCam developers. These Google Camera (GCam) ports are available as APK files and are compatible with devices running Android 11, Android 10 Q, and Android 9 Pie.

This year, Google has continued to innovate in the camera department with Google Pixel 4 (XL). The latest Pixel device brings one of the most promising camera features yet, which is “Astrophotography mode” (Also commonly known as “Astro Mode”). This new feature is built into the ‘Night Sight’ mode of the Google Camera app and allows you to take clear pictures of the night sky, the moon and the stars, and even the Milky Way (when you find a clear night).

According to Google, the new Astrophotography Mode feature will also be available for Pixel 3/3a but will leave out the older phones like Pixel 2 and original Pixel. It has also been confirmed (Via 9to5Google) that other new Pixel 4 camera features including Live HDR+ and Exposure Controls will not make their way to any old Pixel device. That is because of the low-level hardware capabilities that are only available on Pixel 4.

While these GCam ports might have been tested on specific devices, they could also work on others. If you’re looking for a device-specific port, please refer to our Google Camera Port Hub.

Ports by BSG are more generic and works across devices from multiple OEMs.

This port of Google Camera 7.4.014 is actually meant for the OnePlus 3 and OnePlus 3T, but should also work on devices with similar or more advanced hardware.

Tested on –  OnePlus 3 and OnePlus 3T

Zoran‘s port are for Samsung Galaxy devices with a Exynos SoC.

His ports are also a generic one and should work on different OEM devices running Android 9 Pie and above.

His port primarily brings Pixel 4’s latest camera features like Astro feature (along with others) to older unsupported Google Pixel devices like the Pixel 3, Pixel 3a (XL), Pixel 2 (XL), and Pixel (XL). It also adds several other new features, like new Focus options in Night Sight mode and Super Res Zoom to the said devices.

So, this was the collection of all the Google Camera 7.x ports with the Pixel 4 Astrophotography feature, available for devices running Android 11, Android 10 (Q) and Android 9 Pie. We will update this post when there’s a new port available for a different developer or a newer version of the listed port is released.

We couldn’t end this post without thanking the developers. Their tremendous work could now allow users to enjoy the latest Google Camera features from Pixel 5 on their non-Pixel devices. 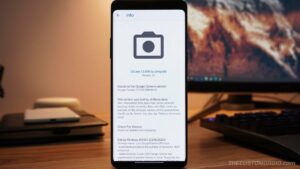 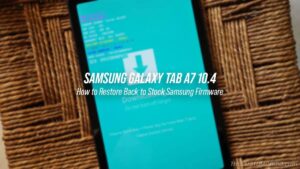 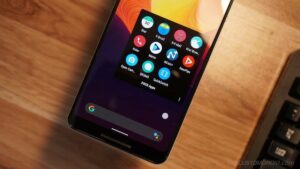