MultiROM is by-far, one of the most innovative tweaks ever made for Android. Trust me when I say “I switch ROMs, almost daily” – Why? Because I love to explore the uniqueness in each ROM since all of them have something different to offer. You can now boot multiple ROMs using MultiROM on Nexus 6P.

Having said that, It has almost been a month since I first got my new Nexus 6P in-hand, and from that very moment, I have waited for MultiROM to arrive for this device. Being so impatient, I even tried porting it to the 6P (just look at my Github), and after a few days of struggle, I came up with a successful compilation of the MultiROM recovery and installer binaries (they worked pretty fine). But then came the hard part – porting the kexec-hardboot patch to ARM64, and that’s where I got knocked down, well basically I didn’t have that much of knowledge to proceed. 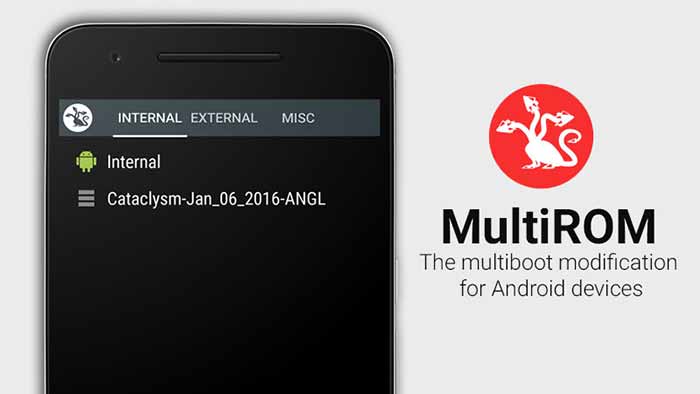 But, there was someone else too, of whom I have not known, until a few days back. The person has been working to port MultiROM for the Nexus 6P for the last few weeks. His name is Zhuowei, as I know from his Git profile. The developer has been working pretty hard at this, and his hard work has finally laid out the result. The release has been made at the original XDA thread and is staged as Beta. However, those who have tested this mod, including me, can assure that everything works as it should. I have already installed 2 different ROMs on my 6P, with Chroma ROM as primary, and PureNexus as secondary, that I can boot anytime.

NOTE: The project is now being handled by Nolen Johnson (npjohnson @XDA-Developers). Please consider supporting the developer with positive reviews, a few thumbs up, or by donating to him (PayPal).

Now, let us begin by installing MultiROM on Nexus 6P. The process is pretty simple, even for a n00b. All you need to know is how to flash a file via recovery.

The process is a three-part installation. At first, you flash the customised MultiROM TWRP recovery, and secondly install the patched kernel with kexec-hardboot patch. The last part will be to flash MultiROM installer zip. So then, you will be good to go and multi-boot a number of ROMs on your Nexus 6P.

Roll up your sleeves, go ahead and add some more ROMs to your powerful device. To do so, simply go to TWRP recovery > MultiROM and tap on ADD ROM. 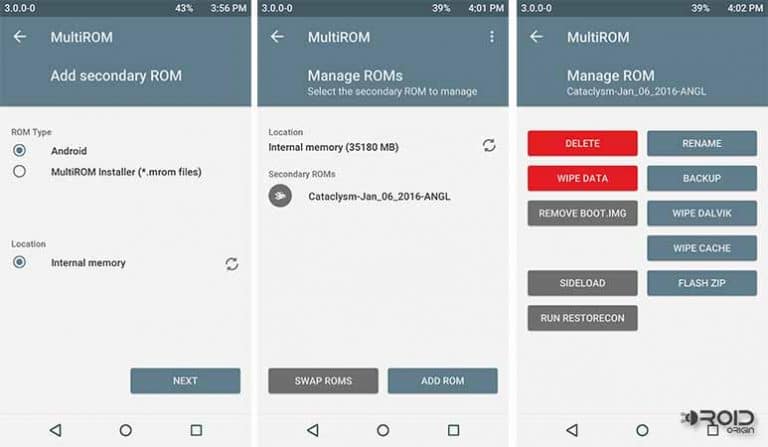 If at any time, you feel like uninstalling MultiROM, download the uninstaller zip and flash it via TWRP.

You can also help the developers regarding this project. Just visit the Github repo. Do you enjoy MultiROM on Nexus 6P? Tell us about your experience, and if you have any queries, comment below. Don’t mind sharing this article with other N6P users.