Google Camera 5.2 app is now rolling out with quite a few interesting changes.

The settings screen in the new update will be looking more attractive with a full set of icons. It is expected that there will be several new additions added to the up-to-the-minute update. In this new version, the grid overlays have been moved into the settings screen whereas the double tap feature can now be configured with a different action. Dirty lens feature, the feature that was long awaited can now be enabled with this update. APK teardown by Android Police hints at a new app shortcut for Portrait mode and also the back-fence talk hints at a new feature called Circus mode. The new version is labeled v5.2.019.188906351 is already available for download.

The new Google Camera 5.2 update includes a couple of new changes, especially the camera settings facelift, a new functionality to detect dirty camera lens, and more. We have detailed each new feature below, so have a look. 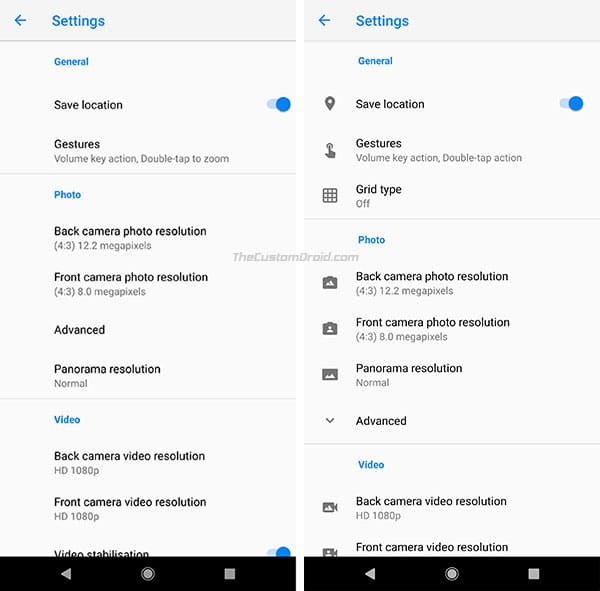 If you have felt that the camera settings have looked sort of empty, as there is some empty space on the left side of each option. This is now a history with the new Google Camera 5.2 update as there are new icons for each setting without the number of the section titles. These icons are not just limited to the top level menu, but can also be found as embellished options in all of the sub-pages.

Smartphone cameras are getting bigger, better and smarter every year. Just like pro photographers take good care of their expensive DSLR cameras, it is wise for Android users as well to pay a little attention to the same. 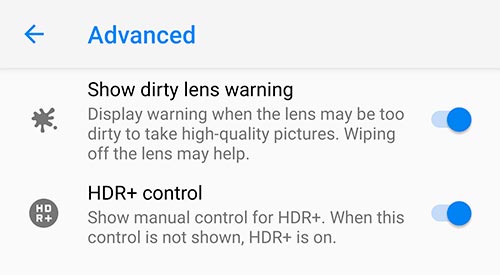 This new feature will let the users know whether their lens is accumulated with the dirt/dust, fingerprint marks, or oil. It is a long-awaited feature. This warning app may be finally materializing in the Google Camera v5.2 update. The Dirty lens warnings are disabled in the default Settings but can toggle the same in the advanced page under the Settings. It is not a big deal to get a fingerprint over your smartphone camera lens when you pull out your phone from the pocket or billfold. So this feature with the dirty lens detection and warning could be very helpful for those who are don’t give much care to the phone’s camera lens and prompt them to wipe down the lens before shooting an image or video. 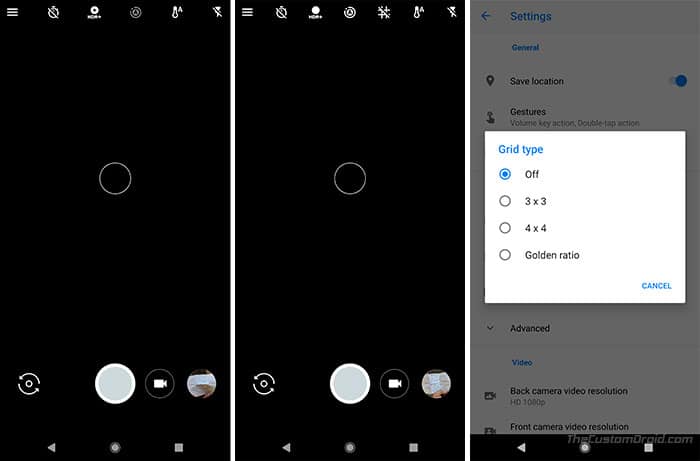 Google Camera 5.2 also removes the Grid options from shooting mode. But don’t worry, it isn’t removed entirely. The option now resides with the settings screen itself as “Grid type”. The number of available options still remain the same – 3×3, 4×4, and Golden Ratio. One reason that Google has done this is because we really don’t use grids in our day-to-day photos. 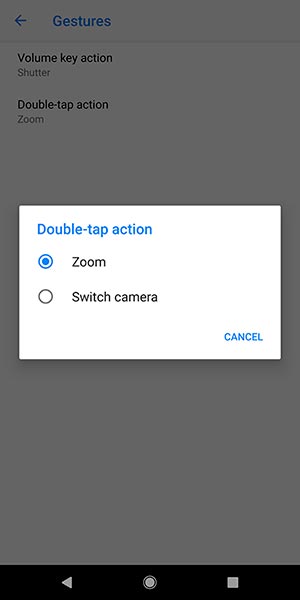 Google has been exploring with gestures in the camera app since years, but we could not get more variations in the last years. Howbeit, the new update brings a little more configuration through the “Double-tap action”. At the moment you can assign only two specific actions including “Zoom” and “Switch camera”. Which means you can either double-tap on the shooter to zoom in or use to switch between the front and rear camera.

Google Camera 5.2 hints at another cool feature that may arrive in future updates.

Portrait Mode is something that has gained immense popularity during last year, especially with the Google Pixel 2 and Pixel 2 XL. Considering the amount of importance it holds, Google will probably be adding a dedicated app shortcut to jump directly to Portrait Mode.  For those who use the Portrait mode frequently, they will be able to tear-off the shortcut to place it directly on the launcher screen. Two shortcuts are now available, one to jump straight to the video recording whereas the other to the immediate activation of the front-facing selfie camera.

The update hints at another feature, which is still not clear to us. Just like HDR+ Control which adds or removes the HDR button on the shooter, “Circus mode” could be something similar. For more details on the finding, you can visit the link below to the Android Police APK teardown.

Well, that’s quite a lot for a single update, isn’t it? So go to the Play Store and update Google Camera 5.2 on your Android device.