Here’s how you can easily get Android P features on older Android devices running Android Nougat and below. Through this post, you will be able to download Android P-ify Xposed module and install it on your device.

Google recently announced the Android P Developer Preview 2. The preview is only available for the Google Pixel users. The new Android version brings a ton of new changes to the system, some of them cosmetic, while others are internal. While it is hard to get the core software features, it is quite easy for users to imitate the visual look of Android P using third-party apps and mods. One such infamous mod that we already saw at the time of Android O dev preview, is the Android O-ify Xposed module. The developer has recently updated it to allow users to easily get Android P features on their device. Which means, enthusiasts who really adore the new looks and functionality can download and install Android P-ify Xposed module on their device. 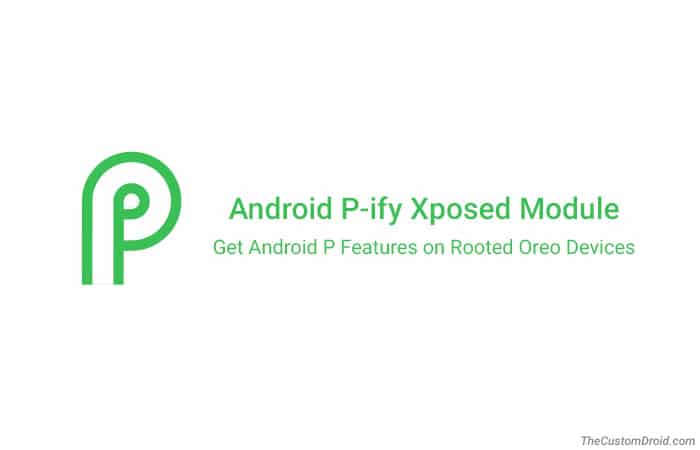 Xposed Framework is a renowned mod for rooted Android users. It can be used a medium to easily modify your phone by installing dedicated modules. XDA member paphonb has created the Android N-ify and Android O-ify Xposed modules to get the latest features from the corresponding Android versions. The developer has recently updated his module series to support the latest version. It is meant for users who can’t get their hands on the developer preview or don’t want to install Android P, but still, want to enjoy the features. 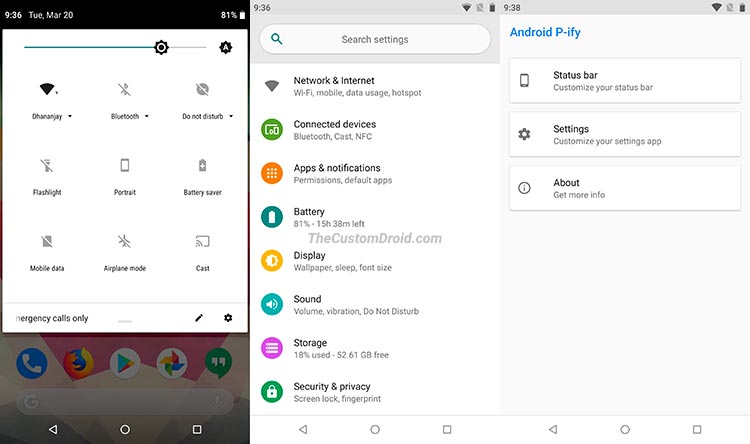 Before you head to the instructions and install Android P-ify Xposed module on your device, have a look at the features that you’d get to enjoy after enabling it.

The module brings some major UI features to devices running Oreo, listed below.

That’s quite something for starters. As the development proceeds, more and more features will be added. Which means you’ll have a better chance to get Android P features on your device running Android Oreo.

For this module to work, you must first install Xposed Framework on Android Oreo. Once done, follow the steps below to install Android P-ify Xposed Module on your Oreo device. The developer has also mentioned that this would not work properly on heavily modified ROMs like LG UX, Samsung Experience, etc. If your device is running a close AOSP ROM, you shall have no difficulties installing and using it.

How to Install Android P-ify Xposed Module on Oreo

After the reboot, you the new changes shall be visible, just try going to device settings or pull down the Quick Settings toggles. You may further open the module settings to force the dark theme or toggle individual features. It’s nice to see how easy it is to get Android P features on rooted devices running Oreo. We’d be keeping a track of any updates to modules and if any additional features make their way, then we shall also be updating this post.

So, this was how you can install Android P-ify Xposed module and enjoy Android P features on your device running Oreo. If you have any questions, then ping us via the comments.