When it comes to software updates, devices from Lenovo-owned Motorola might not be the best bet. The manufacturer took almost a year to roll out Android Oreo to all the 12 eligible phones. With the release of Android Pie, Oreo seems to be a little outdated as well. Anyhow, what’s important, is that the update is now available for the Moto G5S Plus. The device was released back in 2017 and came with Android Nougat out-of-the-box. Now, after a year of patience, users finally have the chance to update and relish all the latest features on their phone.

As always, the rollout will take place in stages and may take a bit of time before it is finally available globally. As told earlier, users in Brazil and India have already started receiving it. However, it is yet to roll out for the users in Europe (EU) and other countries/regions. In that case, you can also download and install Moto G5S Plus Android 8.1 Oreo OTA update manually. 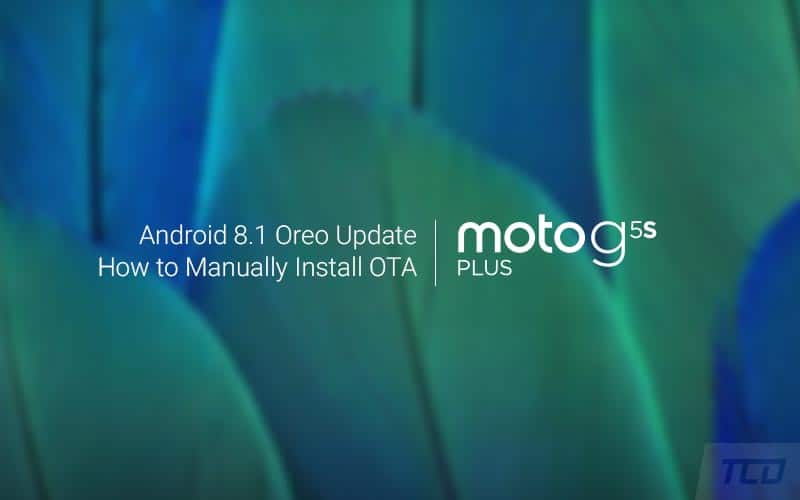 Motorola began soak testing Android 8.1 Oreo for the Moto G5S Plus back in June 2018. After months of constant testing and feedback, the OTA update is now available for the users. It comes with the new build number OPS28.65-36 and weighs 1.2 GB in size.

Since the software is based on Android 8.1 Oreo, it serves all the standard features including the new power menu, WallpaperColors API for the automatic dark/light theme, Bluetooth battery percentage, and more. Apart from that, the OTA update also carries the August 2018 security patches and general performance/stability improvements according to the official release notes.

If you’re in India or Brazil, we strongly recommend that you first check for the OTA notification. To do so, go to the ‘Settings’ -> ‘About Phone’ -> ‘System updates’. If you still haven’t received the notification, then you can follow the instructions below to manually install Moto G5S Plus Android 8.1 Oreo OTA update. The process is pretty simple and guides you to sideload the OTA zip via the stock recovery.

Ensure that you fulfill all the requirements as stated above before you install Moto G5S Plus Android 8.1 Oreo OTA update.

The incremental OTA packages for the Moto G5S Plus (India and Brazil variants) are provided by XDA senior member CheckYourScreen.

After the steps are complete, your Moto G5S Plus should boot into Android 8.1 Oreo firmware with build number OPS28.65-36 and August 2018 security patches. After finishing the setup wizard, you can explore the updated OS for all the new features.

So, this was our guide on how to manually install Moto G5S Plus Android 8.1 Oreo OTA update using the stock recovery. We hope that it proved useful to you. In case you have stuck anywhere during the process or have any questions, then please let us know by commenting below.