The main purpose of publishing this app on the Google Play Store is to allow users to update the software independently and easily, at regular intervals of time. Earlier, users have to download the update for the Rootless Pixel launcher from developer’s GitHub page, the changelog, and information for which was provided through dedicated Reddit release threads. This certainly was a bit annoying for the users. The app is now renamed to the ‘Rootless launcher‘ on Play store, in order to prevent any copyright issues. 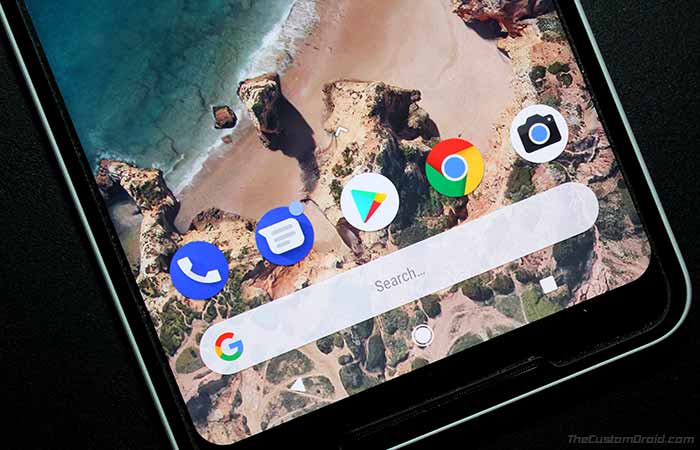 The Rootless Launcher is currently based on Android Oreo and it brings most of the Pixel Launcher functionalities. One of them includes an eye-catching bottom search bar, something that we have seen on the Google Pixel devices. The all-new Rootless Launcher offers a selection of themes based on backgrounds and also supports icon packs. In addition, it also comes with support for adaptive icon packs, option to change the shape of the app icons, and enabling/disabling notification dots or home screen rotation is also present. 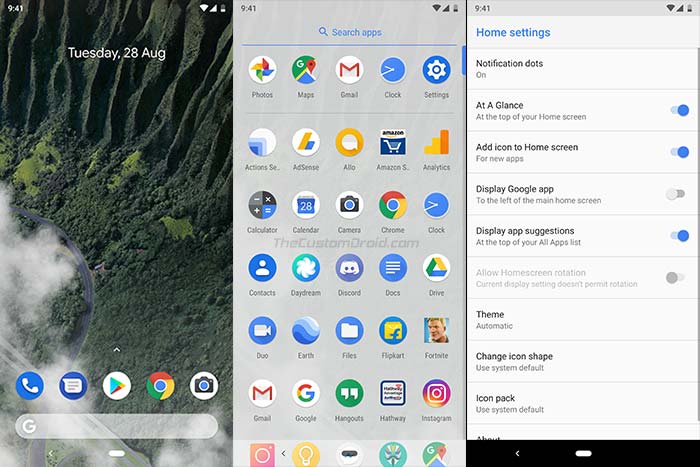 Apart from that, the Rootless Launcher also adds the ‘At A Glance’ widget that comes pre-loaded on most Google phones such as the Pixel lineup. ‘At a Glance’ widget allows the user to see their upcoming calendar appointments, current weather, and date. It can also act as a shortcut to the built-in weather app. It also comes with Pixel’s “app suggestion” feature on top.

However, the new Rootless launcher is not as advanced as the Nova launcher or Action launcher but it does provide a glance of Stock Pixel launcher and its features on your non-Pixel phone. It would be a great choice for those who are fed up with the custom skins and are looking for a simpler and clean alternative.

You can now download Rootless Launcher (Also known as the ‘Rootless Pixel Launcher’) directly from the Google Play Store, which is completely FREE and without any in-app purchases. If you would still like to install the app manually, you can grab the APK from here. 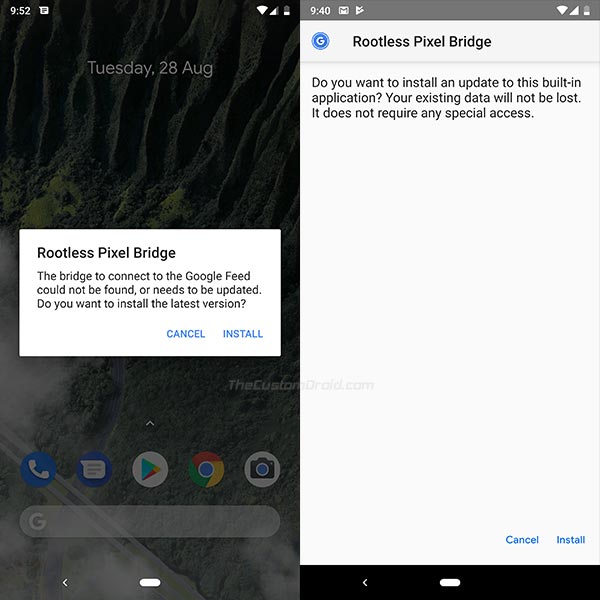 In order for the Google Feed functionality and ‘At a Glance’ to work correctly, you must also install the Rootless Pixel Bridge app. Once you install and run the launcher, you will be instantly prompted to install the companion app. Just follow the instructions on the screen, and you will be good to go. Also, according to the source, it is required that you first uninstall any instances of the previous Rootless Pixel Launcher. This is because the app’s signature and permissions have been changed.

The sources for the launcher and the Bridge app are available on Github here and here, respectively. Which means, other developers who would like to use this launcher as a base can easily do it.