Google has its own simplified way to install stock firmware on Nexus smartphone/tablets. These stock firmware files are available in the form of factory images, officially available through the Google Developers website. We are thankful to Google for keeping an eye out for its users, and we’re also here for you. Today, we will be guiding our Nexus users on how to flash factory image on Nexus devices. The procedure is simple and only requires you to have basic command-line knowledge. 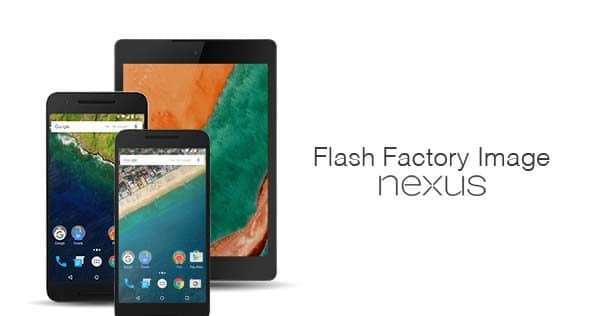 Google Nexus smartphones and tablets are popular for their AOSP nature, and also the heights to which they can be customized in every possible way. If you would ask me, I have always unlocked and rooted my Nexus first-hand, mostly the same day when I have grabbed it in my hands. I do this because I am always confident about it. But, there are extreme situations when even experienced people like me or you, can soft-brick your Nexus by flashing an incompatible mod/tweak. There also might be a case that you want to restore back just for delivering your phone to the service center, for repairs or updating.

Prior to the instructions, we assume that you have already unlocked bootloader and have a custom ROM installed if it is so you should skip STEP 1. If you’re still locked and want to reinstall the same firmware, you should follow all the stated steps.

This tutorial can also be used to update your Nexus device by manually flashing the factory image.

Flashing wrong factory image may soft-brick your Nexus device, so make sure to cross check the files and proceed as stated. We shall not be held responsible for any damage to your device. However, we are more than willing to help you get out of any such situation.

To unlock the Nexus device’s bootloader, it is necessary for fastboot commands to be able to work properly and write device partitions.

This is it! You have just unlocked your Nexus device’s bootloader.

Now that everything is ready, it is time to start the flashing. But we will first need to erase all the current partitions.

Okay, so now we are done with everything. It’s time to flash factory image on your Nexus smartphone or tablet.

The device shall prompt you to confirm the locking process. So, use the power button to select “Yes”. 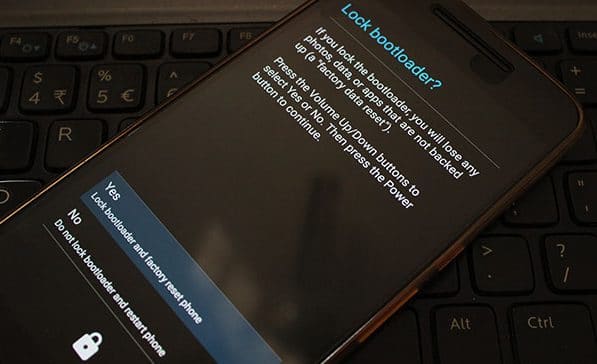 Voila! You have successfully flashed factory image on your Nexus device. If you have any issues during or after the process, you can ask us directly by commenting below.