Lenovo-owned Motorola may not be the best Android OEM when it comes to software updates. But the company did keep by its words when it came to rolling out Android Oreo for the list of supported devices. We recently saw the Moto G5S Plus being added to that list. But when it comes to the regular Moto G5S, the Oreo update has only started rolling to the users in Latin America. There’s still an unknown amount of time until the update is available for the rest of the regions.

Well, if you’d rather not wait, then you can also manually install Moto G5S Android 8.1 Oreo update right now. Thanks to our beloved XDA community and senior member Kamin4ri, you can now force upgrade your Moto G5S to Android Oreo. The said member was able to capture the OTA and thus created a TWRP flashable ZIP for users with a custom ROM/root/TWRP installed. He has also provided a link to the official Android 8.1 Oreo fastboot image. 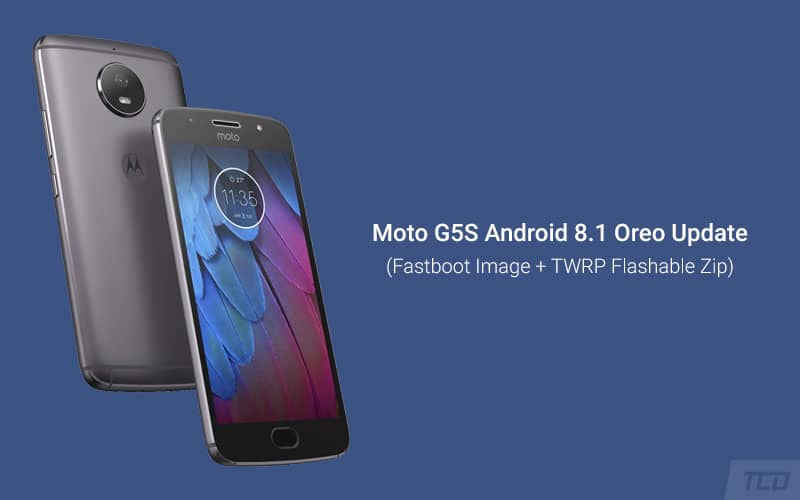 Motorola certainly wisened up, skipped Android 8.0 Oreo and jumped directly to 8.1 Oreo. Internal beta testing (Commonly referred to as ‘Soak Testing’) for the same began back in June 2018. And now after months of development, Motorola has started rolling the update to a very small amount of users. The new build number is OPP28.65-37.

Now before you head over to the instructions and install Moto G5S Android 8.1 Oreo update, let us take a quick look at the new features.

Being based on Android 8.1 Oreo, the update also tracks back all the changes from version 8.0 as well. Which means you’ll get to enjoy a plethora of new features after updating your phone. These include Picture-in-Picture mode, Autofill Framework, Notification Dots, App Categories, improved background limits, WallpaperColors API, and more. To add, the new update also includes the August 2018 security patches.

If you’re in the Latin Americas, then make sure to check for the OTA notification. To do so, go to the ‘Settings’ -> ‘About phone’ -> ‘System updates’. If you’ve not yet received the OTA, then follow the instructions below to install Moto G5S Android 8.1 Oreo update right now.

This update was grabbed from RETLA software channel. Which means, once you flash it on your Moto G5S from a different region, you will not receive any OTA updates from your own region. If you’d like to preserve the ability to take updates over-the-air, then DO NOT INSTALL this.

This method should work on the following list of Moto G5S models/variants:

Now, we have laid down two different methods that will help you install Android 8.1 Oreo update on Moto G5S.

This method will take you through the process of flashing the official fastboot image. It will also update the phone’s bootloader and partition table. If you think that you will need to downgrade at any point in the future, then please skip the gpt.bin and bootloader.img files.

Your Moto G5S should boot into the updated Oreo firmware with all the latest features. Once it boots, you will need to follow the on-screen instructions and complete the Setup Wizard.

This is the easiest way to install Moto G5S Android 8.1 Oreo update if your phone is rooted or has a custom ROM installed.

When your phone boots, go through the on-screen instructions and set it up. It should now be running Android 8.1 Oreo with all the new features and August security patches. So, go ahead and explore the system.

So, this was our guide on how to install Moto G5S Android 8.1 Oreo update. We hope that it came in handy. If you have any questions regarding the process, then please drop a comment and let us know.