Nexus 5 Android Nougat – How to Install 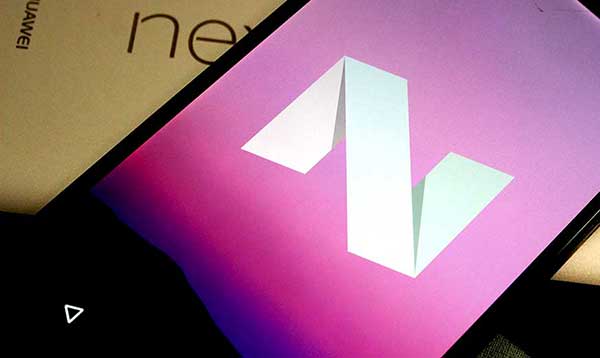 For now, the latest update from Google is only limited to the supported Nexus devices. Unfortunately, this year the Nexus 5 was disregarded from the official Nougat support list. But who cares when we have a huge bunch of genius developers at XDA. The Nexus 5 Android Nougat ROM is now available and we will guide on how to install it, unofficially.

Our appreciation to XDA Developer ‘Santosh M‘, who has worked extremely hard to get Android Nougat on Nexus 5. While the build is still in its initial stage, it has been regarded as a “decent daily driver“. So you wouldn’t have to worry about your hardware not working. Since the source code release, the developer has already released three builds, fixing several bugs and making refinements to the performance aspect. 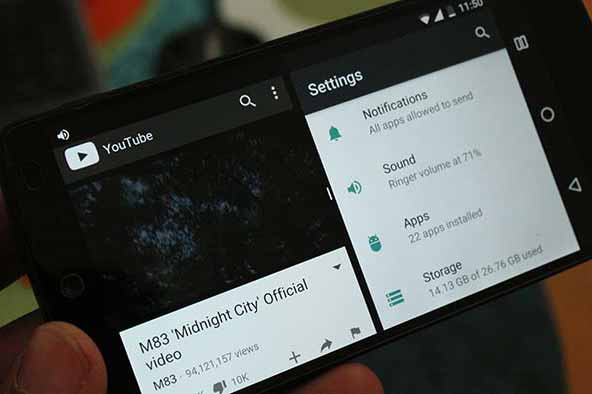 We have been using this ROM on our beloved Nexus 5 for over a day, and it already feels afresh and undoubtedly better than Marshmallow. The first boot took somewhat about a minute or two, which was pretty fast and setup went smooth too. The first thing that you would notice is the beautiful new Nougat wallpaper. In-app transitions were swift with nearly no delay time. No question, you get almost all the Nougat features with this ROM (Refer to the link below for complete list).

Android N Features – What we know so far

The ROM is pure AOSP, so there aren’t many custom features added yet, despite a few minor ones. The developer is focusing his effort on making the ROM more stable and performance rendering. For more information, visit the original XDA thread.

How to Install Android Nougat AOSP ROM on Google Nexus 5

If TWRP shows “No OS Installed” warning, kindly ignore it. Want to root? Just flash the latest SuperSU ZIP (Download it from here) through TWRP. 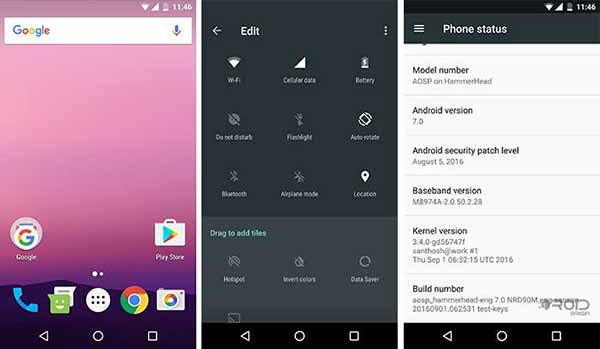 There are a few issues reported by users, but they shouldn’t hinder you to use this ROM on daily basis.

During our full-time usage, with moderate calling, frequent text and WhatsApp messaging, browsing, and playing music, the ROM performed unexceptionally fast and responsive. Also, the battery life is solid with the new Nougat memory management. We find this ROM to be much better, compared to the other ports with custom features. You must try it!

So this was the Nexus 5 Android Nougat ROM. If you have already installed the ROM or have questions regarding it, just drop a comment below.