Recently, a lot of news has been making rounds regarding the latest OnePlus phones and Facebook, and it’s certainly not for good reasons. If you’re concerned about Facebook services running in the background on your latest OnePlus phone, then you’d be glad to know that you can safely get rid of it. In this tutorial, we will guide you on how to remove Facebook Bloatware from OnePlus 8, OnePlus 8 Pro, and OnePlus Nord without root permissions.

OnePlus is among one of the very few Android OEMs known to ship their phones with little-to-no software bloatware. By bloatware here, we mean apps that come pre-installed on the phone but serve no functional purpose to a user. Up until now, the only apps that came bundled with the OxygenOS software on OnePlus devices were their own, like the Community app, or those from Amazon and Netflix.

However, things are turning out differently with the latest phones such as the OnePlus 8 series and OnePlus Nord. Earlier this month, XDA’s Max Weinbach tweeted a few screenshots of the Instagram app being updated through the Facebook App Manager service in the background, instead of the Google Play Store. 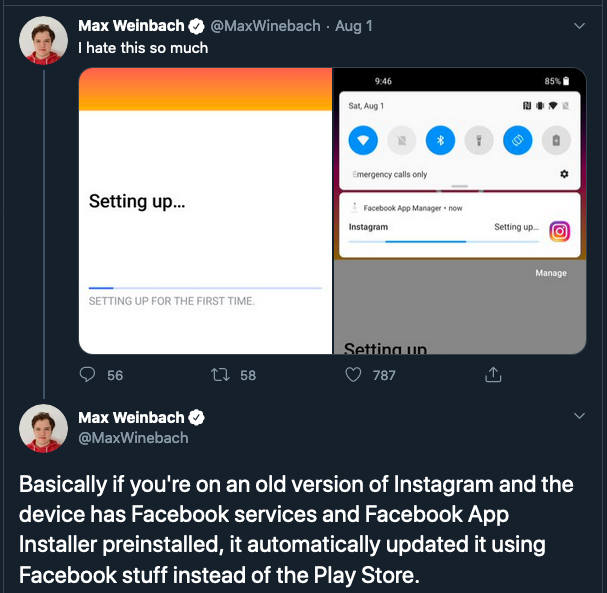 Android Police further confirmed that OnePlus is now baking apps from Facebook into the core of the OxygenOS software on its latest phones.

Upon being asked, OnePlus confirmed that their new phones now include “Facebook App Manager”, “Facebook App Installer”, and “Facebook Services” as system apps. According to them, these pre-installed apps ensure better battery-efficiency on Facebook, something we or several other users might not agree with. 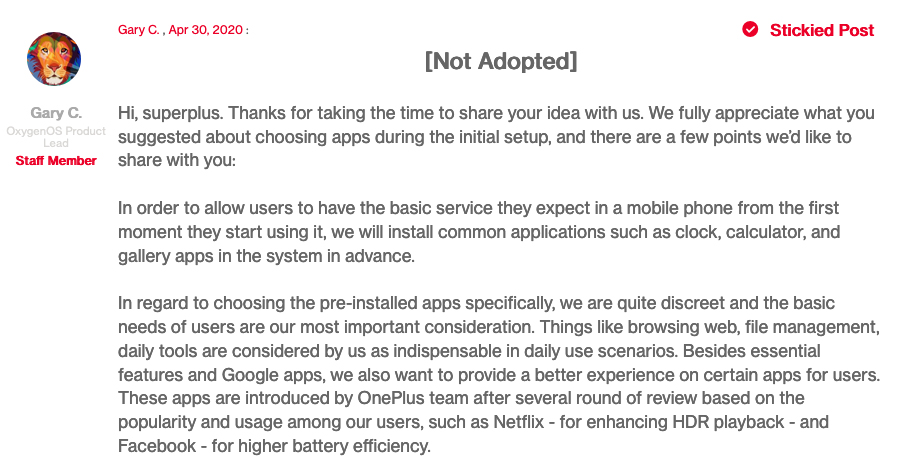 Unlike user-facing apps such as Facebook, Messenger, or Instagram, these background apps/services cannot be uninstalled, and can only be disabled.

How to Remove Facebook Bloatware from OnePlus 8, 8 Pro, and Nord

If you feel concerned about this Facebook bloatware on your OnePlus 8 or Nord, then you can completely remove/uninstall it. You can do this easily by using a bunch of ADB commands. This is something we have already covered in our Android bloatware removal guide.

So, there’s no need to root or perform any other modifications to the phone’s software. All you’ll need is your OnePlus phone, a USB cable, and your computer to get the job done. Now follow the steps below to remove Facebook Bloatware from your OnePlus 8, 8 Pro, and Nord.

Step 1: Install ADB on your computer

The first step is to download and set up the Android SDK platform-tools (includes ADB) on your computer. So, start by downloading the ZIP package according to your computer’s OS by clicking the link below.

Once the ZIP file has been downloaded, extract it on your computer to get the ‘platform-tools’ folder. Inside this folder, you’ll find the ADB tool which we will be utilized to remove the Facebook bloatware.

For easier accessibility, you can move this folder to the C:\ drive on your Windows PC or to the ‘Documents’ directory on your Mac/Linux PC.

The second step is to launch the command-line window (PowerShell or Terminal) inside the ‘platform-tools’ folder where ADB is installed. To do this:

Everything on your computer is now ready. Keep the command-line window open as you’ll be using it further down during the steps.

Step 3: Enable USB Debugging & connect your phone to the PC

In order for your computer to communicate with the OnePlus phone over ADB, you must first enable USB debugging hidden inside the Developer Options screen.

To do this, go to ‘Settings’ > ‘About phone’ and repeatedly tap on the ‘Build number’ section for five times. Then go to ‘Settings’ > ‘System’ > ‘Developer options’ and enable the ‘USB Debugging’ option. For detailed instructions with screenshots, you can also refer to this page. 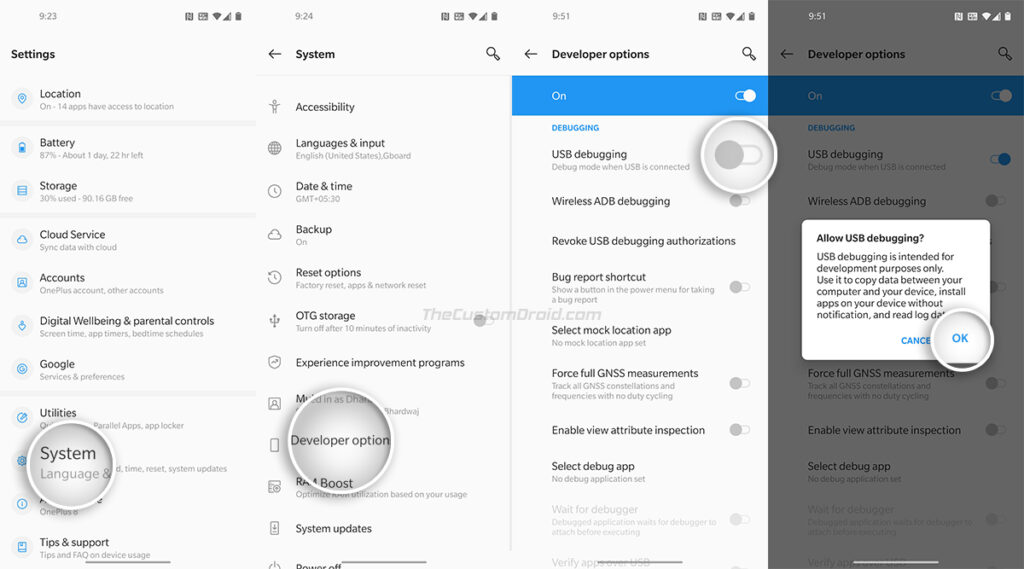 With USB debugging enabled, connect your OnePlus 8/8 Pro/Nord to the computer via the USB cable.

The fourth and last step of the process is to execute a bunch of ADB commands to finally remove the Facebook bloatware from your OnePlus 8, 8 Pro, and Nord device.

Enter the following command to initiate the ADB shell:

Note: If the command fails to detect your phone over ADB, make sure to download and install the latest OnePlus USB drivers on your Windows PC. Mac/Linux users will not need any drivers. 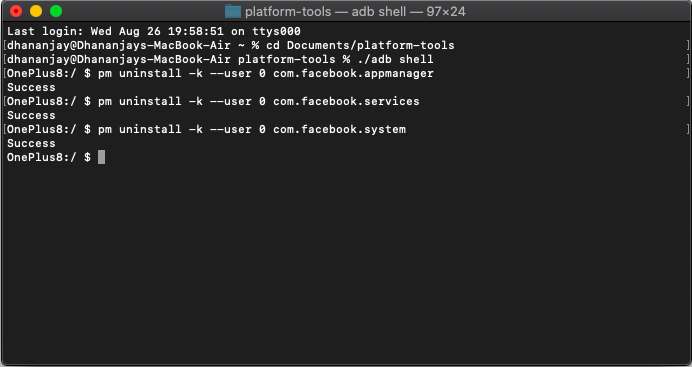 That’s it! You have successfully removed the Facebook Bloatware from your OnePlus 8, 8 Pro, and Nord. Note that removing these apps from your phone will not affect the operation and usage of apps like Facebook, Instagram, or Messenger in any manner.

Perform a Factory Reset on OnePlus 8 and OnePlus 8 Pro