As you’d know, Google began beta testing Android 11 back in mid-February this year. After 3 early developer previews, 3 beta updates, and continuous testing and improvement through these 11 weeks (#11WeeksOfAndroid), Google has finally delivered the next major Android version upgrade as “Android 11“.

The stable update is already being pushed to all supported Pixel phones as an Over-the-Air (OTA) update. Being a major upgrade over Android 10, the update weighs just around 1.48 GB (varies with device) and also carries the latest September 2020 security patch. To check if your phone has received this update, you can go to ‘Settings’ > ‘System’ > ‘System updates’. Since the rollout is staged, chances are that it might not be available yet for your phone and there’s no way to tell exactly when it would be.

The instructions in this guide will help you install the stable Android 11 update on your Google Pixel phone right away, without having to wait anymore. But before you get there, take a few minutes to explore the major new changes and features of Android 11, especially if you didn’t test the beta updates.

As you’d expect from any major Android release, Android 11 also packs a huge heap of new features for both users and developers. In this article, we will keep our focus on the former and list some of the major features of Android 11 below.

These were just a few features to name. As we said, Android 11 comes with a plethora of features, and several UI tweaks as well. We’ll cover more on this in another article. For the time being, we suggest you visit the official website to know more.

Tip: Get Back 3-row Quick Settings Toggles in Android 11

Now without any further ado, let’s show you how to install the stable Android 11 update on your Google Pixel phone right now.

The stable Android 11 update is only available for Google Pixel phones. This guide, the provided files, and instructions will only work for the list of devices mentioned below.

If you have a non-Pixel phone, check with the manufacturer to know about the availability. Once the update is available for different OEM devices, we will cover separate guides for that.

Before you begin, ensure that the requirements listed below are fully met.

Below, you will find the links to download the Android 11 factory images, full OTA packages, and Android Flash Tool links for the supported Google Pixel devices. When asked to download the firmware during the instructions, come back here to download it.

How to Manually Install Stable Android 11 Update on Google Pixel?

Manually upgrading your Google Pixel phone to Android 11 is quite simple and doesn’t require any sort of expertise. In this guide, we are sharing all the three different ways through which you can manually install the Android 11 update. These are:

The first method is the easiest, wherein you just have to use an ADB command to sideload the OTA directly to your phone. The two biggest advantages of using this method are – (1) It does not erase any data stored on your phone, and (2) It doesn’t require an unlocked bootloader like the rest of the methods.

Both the second and third methods are functionally similar on the core and require your Google Pixel phone’s bootloader to be unlocked. The key differences are that the Android Flash Tool method automates the complete flashing process for you, and doesn’t erase any data in the process. While in the third method, you need to manually run the flash script from your local machine (PC) and all the data on your phone will be erased,

The third method is generally used to restore the phone’s software back to its factory state after applying modifications such as TWRP, Magisk root, etc. But it could also come in handy if you just want to start with a fresh install of Android on your phone.

So, choose the method which best suits your device state.

Sideloading an OTA update on Android is very easy and to do this, follow the instructions listed below. 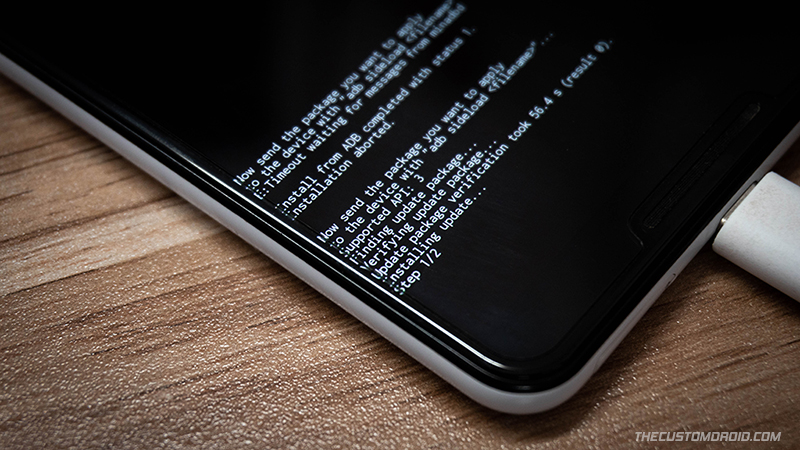 The OTA installation could take a few minutes, so hold back and do not disturb the USB connection. Once the update is installed, select the ‘Reboot system now’ option to boot your phone into the updated Android 11 operating system. 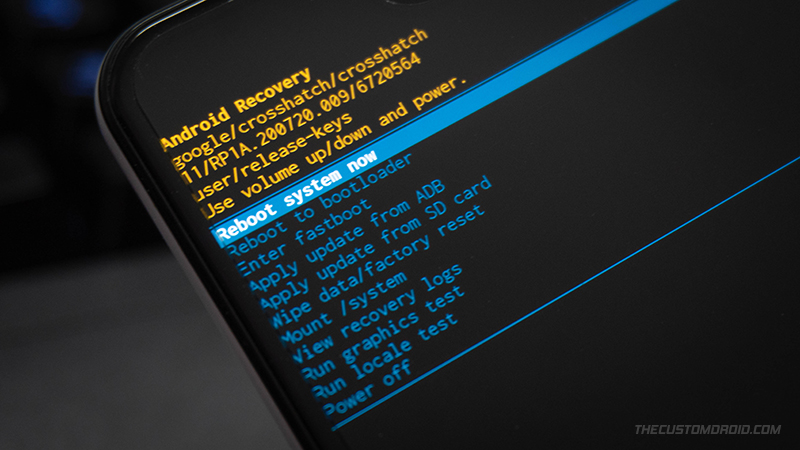 The second way through which you could manually upgrade your phone is by using the Android Flash Tool. The tool itself is browser-based (supports Google Chrome and Edge 79+) and uses the WebUSB API to communicate with the device over USB.

The added advantage of using this method is that you won’t need to install or setup ADB or Fastboot on your PC. Although, do note that this method requires your phone to have an unlocked bootloader.

To install the stable Android 11 update on your Google Pixel phone using the Android Flash Tool, follow the steps listed below.

The flashing process will begin and might take a few minutes or longer to complete. During this time, your device may reboot multiple times. Make sure that you do no interact with the device, unplug it, or close the browser window unless asked to do so by the tool.

Once the flashing finishes, your Pixel phone will automatically reboot and should be running Android 11. 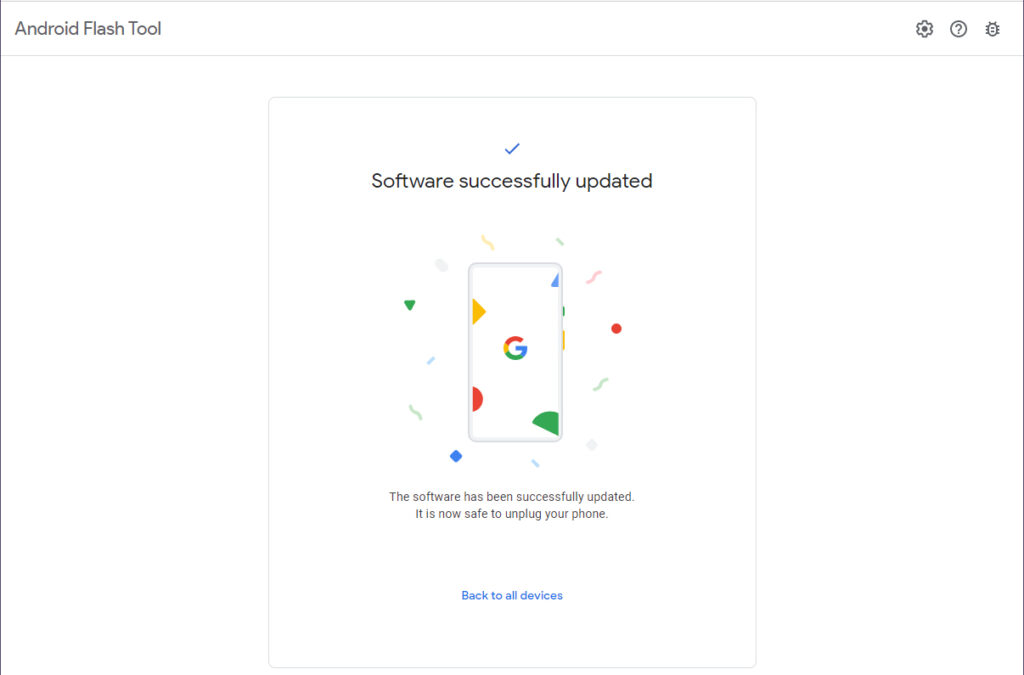 The third and last way to install the stable Android 11 update on your Pixel phone is by flashing the factory image using the Fastboot tool. To do so, follow the steps listed below. 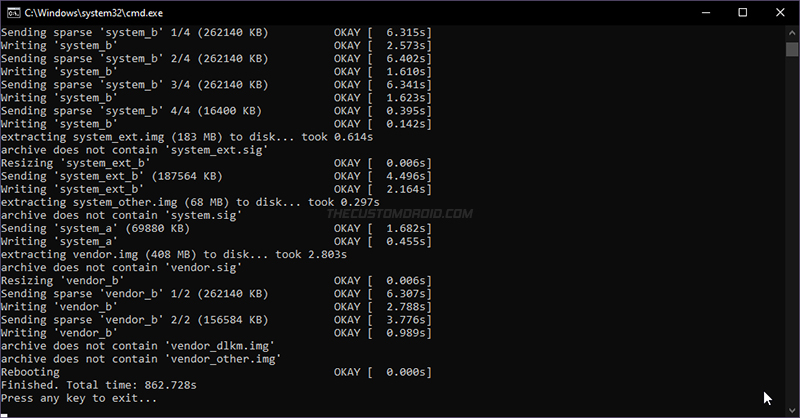 That’s it! Once the flashing process finishes, your Pixel phone should be running the latest stable Android 11 OS, along with the September 2020 security patch. You can now go ahead and check out all the new features.

Along with the features we mentioned above and the ones shared by Google, there are some significant changes to the overall user interface as well. Like the revamped share menu, bigger app windows in the Recent Apps screen, and much more. If you’re interested in such changes, we suggest you take a look at the Feature Spotlight posted on AndroidPolice.com. We also covered a guide to get the Android 11 Screen Recording feature in Android 10, which was experimental. With Android 11, this feature is fully stable.

In short, there are a lot more under-the-hood changes in Android 11 than you’d be expecting. Don’t forget to let us know which one of the Android 11 features you like the most and why. If you have any questions regarding this guide and the shared methods, let us know.