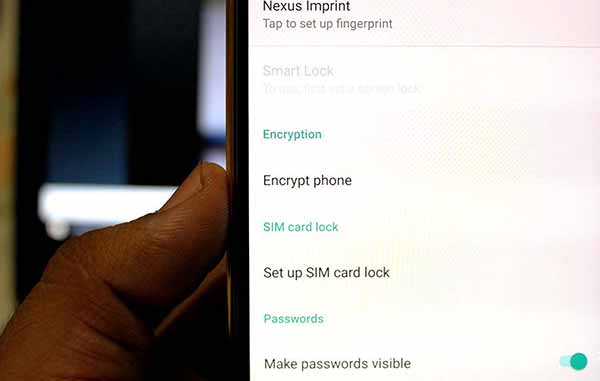 Security is an attribute that is taken very seriously nowadays. Especially when there’s a lot of advanced technology all around, it is an imperative task to preserve personal data.

Google, about two years now, introduced the concept of forced-encryption for its upcoming lineup. Starting off with devices like the Nexus 6 and Nexus 9, the forced-encryption protocol made its way to Google’s latest – Nexus 6P and 5X. While we already covered an article on how you can decrypt the Nexus 6P, we are here today to help you disable forced-encryption and decrypt Nexus 5X running Android Oreo, Nougat, or Marshmallow.

What is forced-encryption & why should I decrypt?

Forced-encryption on Android is implemented through the kernel, which triggers the encryption process on your complete /data partition, on the first boot.

The idea of forced-encryption hooked up a lot of users, seeing this as a one-more-added step towards security. But when it came to the custom users, like you and me, who like to customize their device (A LOT!), it is not so much useful. In the contrary, it creates a barricade, preventing any kind of modifications.

In order to successfully disable forced-encryption and decrypt your Nexus 5X, you will first need a modified boot.img, that has dm-verity check disabled. By flashing this boot.img (kernel), you will ensure that your storage doesn’t get encrypted all-the-way, during the first boot. Also, it is a pretty high chance that you have your storage encrypted now, so flashing the modified boot alone won’t decrypt your device (Think logically, it just disables FE on first boot, either after you bought the device, or did a factory reset).

In order to decrypt, you will need to format the entire userdata partition on your Nexus 5X, so that the encryption wears-off instantly.

Appreciations to XDA Recognized Contributor – Tigerstown, who has brought us the modified boot image files for the Nexus 5X, with dm-verity disabled. The modified boot images work on both, latest Marshmallow and Android N Developer Preview (If you need it for a previous build or DP1, let us know via comments).

Now that you have successfully disabled forced-encryption, and decrypted your 5X, you can go on installing TWRP or even root N Developer Preview, if you’re running it.

If you have issues, during or after the process, or any prior questions, you can ask us directly.