So I was there at XDA-Developers, and a few users were going crazy since they couldn’t decrypt their 6P’s storage after installing the latest Developer Preview. The solution is no biggie, you just need to understand what’s going on and deal with it. We are here to help you disable forced encryption and finally decrypt Nexus 6P. This tutorial will cover any 6P running Android N Developer Preview, or latest Android Marshmallow build.

Android N Features – What We Know So Far 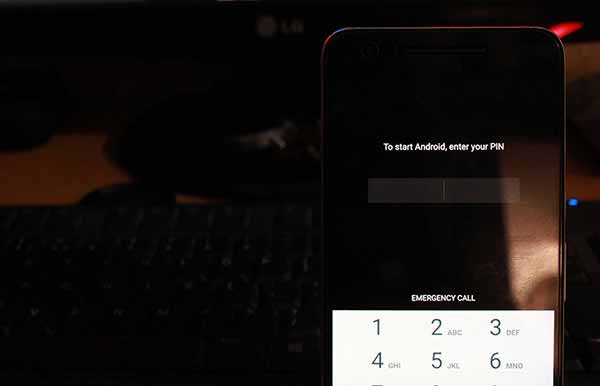 What Is Forced Encryption?

Google wanted its users to have their data secured, and so they forced encryption on the Nexus 6P, to render a better sense of security. ‘Forced‘ in irony, that encryption will be enforced on the 6P at its first boot, and also that Google forced its own decision to the users. Like in the previous versions of Android, Google should have left this choice to the users, and saved all the trouble.

Forced-encryption is implemented on your device, through the kernel. So, if you would like to disable forced encryption on Nexus 6P, and decrypt it, you will first need to flash a kernel that has Verity Check disabled. Most custom kernels have this disabled, but it is always advised to head up first with the stock kernel, with Verity Check disabled.

After flashing the custom kernel (boot.img), it is imperative that you erase the complete device storage, so that all of the encrypted data and protocols could be removed.

Now, that you know what forced encryption is and how it works, you can begin with the process below.

Thanks to XDA Recognized Contributor – Tigerstown, for delivering modified kernel (boot.img) with Verity Check disabled, for Android N Developer Preview. The guy has also provided decrypted boot.img for the latest Android Marshmallow MCH19I and MMB29V builds. If you’re running MM, you can likely use the provided boot image, to disable forced encryption on your Nexus 6P.

Before you begin, you must install Android SDK and set-up, for ADB and fastboot access. Alternatively, you can also use 15 Seconds ADB Installer. Also, make sure to backup your complete internal storage. The process will wipe your device completely.

Download the kernel corresponding to your Android version and build number:

You have successfully disabled forced encryption and decrypted your Nexus 6P. Further, you can go ahead and root your device running Android N Developer Preview.

You can also flash TWRP now

If you have faced any issue during the process, let us know through the comments.